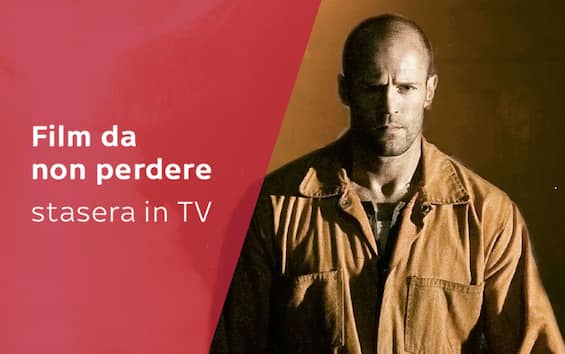 Peter Jackson directs Naomi Watts and Jack Black in his film adaptation of the gigantic gorilla.

Drama set in Vienna in 1938. A lawyer sentenced to solitary confinement by the Gestapo develops an obsession with chess.

Drama set in Vienna in 1938. A lawyer sentenced to solitary confinement by the Gestapo develops an obsession with chess.

A cute little dog with the voice of Gerry Scotti in this family film.

Paolo Virzì directs Giancarlo Giannini in a film set in 1990. During the semi-final of the World Cup, three screenwriters are suspected of murder.

Samuel L. Jackson and Eugene Levy in a comedy. The fate of an unorthodox police officer crosses that of an unsuspecting representative.

A wedding planner travels to Alaska in search of a rare flower and is seduced by a local.

The Hunt for Red October, 9.15pm on Sky Cinema Collection

Jason Statham is a former driver in prison forced to participate in a car race: if he wins, he will be a free man.

Clive Owen and Julianne Moore in a dystopian film. In a world where children are no longer born, a man must protect a pregnant girl.

Julia Roberts in the biopic about a law firm’s secretary who challenged multinational corporations to protect a community threatened by radioactive waters.

The investigations of Lolita Lobosco, 21:20 on Rai 1

Luisa Ranieri and Lunetta Savino in a series based on the novels of the writer Gabriella Genisi.

Gal Gadot returns as Wonder Woman in the sequel to the first film.

Aldo, Giovanni and Giacomo in a bittersweet comedy. An inmate takes a policeman and a businessman hostage.

Comedy show hosted by Elettra Lamborghini and the PanPers.