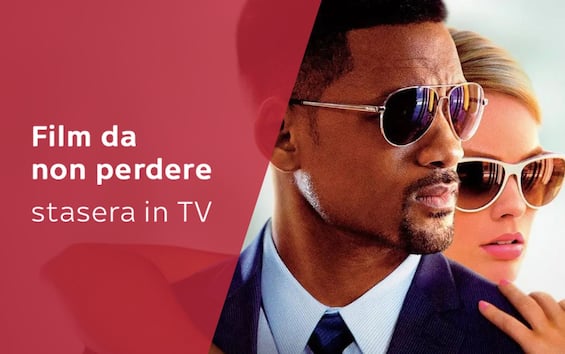 Will Smith and Margot Robbie in an action comedy. A crook teaches a girl the tricks of the trade and he falls in love with her.

Only lovers survive, 21:15 on Sky Cinema Due

Tilda Swinton and Tom Hiddleston are two immortal lovers in a decaying world.

Tobey Maguire, Natalie Portman and Jake Gyllenhaal in a drama. The brother of an officer lost in war bonds with his mother-in-law and upsets the family balance.

Kelsey Grammer and Julia Stiles in a hospital drama. A committee must decide which of three patients to donate a new heart.

Stefano Accorsi and Miriam Leone are two people from a rehabilitation center who are assigned to manage a restaurant.

Ricky Memphis and Max Tortora in a comedy by Carlo Vanzina set on the beaches of Florida.

Action in which a group of criminals wants to take advantage of the arrival of a hurricane to carry out a spectacular robbery.

Back to the Future – Part II, 21:15 on Sky Cinema Collection

Second film of the trilogy with Michael J. Fox and Christopher Lloyd. Marty and Doc fly to 2015.

Water Horse – The legend of the abyss, 21:00 on Sky Cinema Family

Fantasy adventure from the creators of “The Chronicles of Narnia”. A boy befriends a water horse near a lake.

The man in the labyrinth, 21:00 on Sky Cinema Suspense

Donato Carrisi directs Toni Servillo and Dustin Hoffman in a film based on his novel of the same name.

The investigations of Lolita Lobosco, 21:20 on Rai 1

Luisa Ranieri and Lunetta Savino in a series based on the novels of the writer Gabriella Genisi.

Third chapter of the Thor saga, who this time will have to avert Ragnarok and fight his sister Hela.

Aldo, Giovanni and Giacomo in one of their most recent films, which deals with the theme of the economic crisis in its own way.

Comedy show hosted by Elettra Lamborghini and the PanPers.