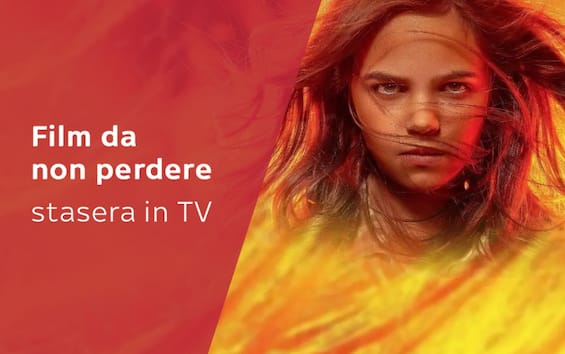 Zac Efron in a remake based on a novel by Stephen King. An 11-year-old girl with powers is hunted by a killer and the government.

Eddie Redmayne and Alicia Vikander in the true story of the painter Einar Wegener, the first transgender man.

Theo James and Ben Kingsley in a film based on a true story. A young UN official discovers corruption linked to a humanitarian program.

Silvio Orlando in the adaptation of a novel. A child pursued by the Camorra hides in the house of a mild-mannered professor.

Zac Efron in a remake based on a novel by Stephen King. An 11-year-old girl with powers is hunted by a killer and the government.

Sophie Marceau in a drama about euthanasia. An elderly man asks his daughter to end her life.

Together by force, 21:00 on Sky Cinema Romance

Adam Sandler and Drew Barrymore reunite as single parents who find themselves on vacation after a disastrous first date.

Whatever Works – As long as it works, 21:00 on Sky Cinema Comedy

Brilliant comedy by Woody Allen with Evan Rachel Wood. After an attempted suicide, a retired scientist meets a girl who changes his life.

Diane Kruger is one day kidnapped and sentenced to death by the Taliban. The special forces try to find her.

First film in Christopher Nolan’s trilogy about the superhero Batman, this time played by Christian Bale.

Ghosthunters – The Ghostbusters, at 21:00 on Sky Cinema Family

Fantastic comedy in which a boy befriends a ghost.

Riccardo Scamarcio in a thriller. The body of a judge is found lifeless and his friend-colleague is indicted.

Friendly match for the Italian selection coached by Roberto Mancini.

Crime TV series about a legal advice agency headed by a psychologist.

New space dedicated to the editorial staff of Le Iene to explore some topics in detail.

Film based on a best-seller. A girl has a shopping urge but she must find a way to earn enough to keep it going.

New edition of the reality show in which some farmers will have to choose some women to live with on a farm.