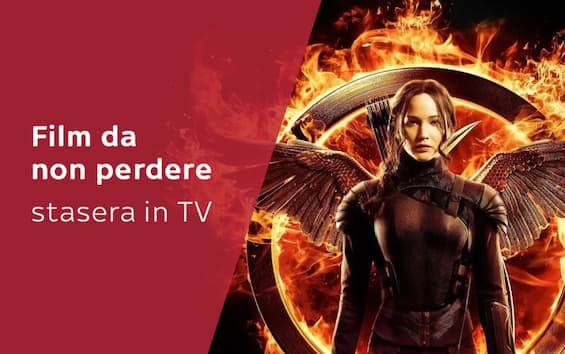 Midnight in the Switchgrass – Hunt for the serial killer, 21:15 on Sky Cinema Uno

Second film on the TV series of the same name. Downton Abbey is chosen as a location to shoot a film.

Benicio Del Toro protagonist of the cinematic biopic on the powerful drug kingpin.

Second film on the TV series of the same name. Downton Abbey is chosen as a location to shoot a film.

Micaela Ramazzotti and Stefania Sandrelli in an award-winning film. The relationship between two brothers and a mother over the years.

Diego Abatantuono, Gigi Proietti and Claudio Bisio in a comedy about an extended family who gets together for the Christmas holidays.

Choral comedy with Claudia Gerini, Filippo Nigro, Ambra Angiolini, Luca and Paolo. Four couples receive news that their marriage has been annulled and that they must remarry.

How I ruin your holidays, 21:00 on Sky Cinema Comedy

American comedy in which a family man organizes a trip to a famous amusement park.

Jake Gyllenhaal in an action film directed by Michael Bay. A war veteran and his brother flee in an ambulance after robbing a bank.

Three walnuts for Cinderella, at 21:00 on Sky Cinema Family

Unusual representation of the well-known fairy tale. Cinderella takes on her wicked stepmother to win her prince charming.

Great classic of Eduardo De Filippo’s theatrical comedy. The story of a woman with a past as a prostitute.

Italo-German miniseries that tells the background of the football industry, with Maurizio Mattioli and Massimo Ghini.

Anne Hathaway stars in a film adaptation of a childhood classic. An orphan ends up in the middle of a gathering of witches.

Second chapter of the saga on the Marvel character with Ryan Reynolds. This time the anti-hero will have to face Cable.

A couple must solve an intricate Christmas puzzle using a key.

The story of a martial arts master who spread the Wing Chun style in China devastated by the Japanese invasion.