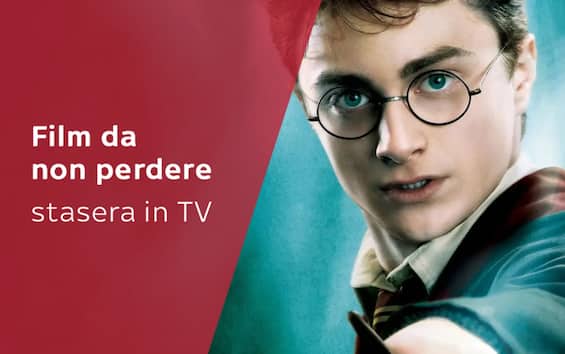 Peppermint – The angel of revenge, 21:15 on Sky Cinema Uno

Jennifer Garner stars in an action film in which a woman takes justice into her own hands after the extermination of her family.

The girl from Stillwater, 21:00 on Sky Cinema Drama

Matt Damon in a courtroom drama. An American factory worker flies to France to prove his daughter’s innocence after a murder charge.

Marco Giallini and Giuseppe Maggio in a film in which a writer and his assistant travel to present a book.

Bill Murray in a Christmas comedy. A cynical TV producer is visited by three ghosts during the Christmas season.

Pierfrancesco Favino and Miriam Leone in a remake of a French comedy. To win over a disabled girl, a playboy pretends to be a man in a wheelchair.

Welcome to the South, 21:00 on Sky Cinema Comedy

Claudio Bisio and Alessandro Siani in a famous comedy, remake of a French film. A worker from Milan is transferred to a small town in Campania.

Jamie Foxx, Leonardo DiCaprio and Christoph Waltz in a film by Quentin Tarantino. A former slave has to save his wife.

Harry Potter and the order of the phoenix, 21:00 on Sky Cinema Family

Fifth chapter of the Harry Potter film saga, with the fight against Voldemort already begun.

Third chapter of the Marvel Studios saga with Tom Holland. Spider-Man and Doctor Strange are faced with threats from the Multiverse.

Third chapter of the Marvel Studios saga with Tom Holland. Spider-Man and Doctor Strange are faced with threats from the Multiverse.

Biopic about the legendary comedy duo. The two rediscover the importance of their partnership during a tour of Great Britain.

Documentary on the most beautiful places on the European continent.

Cristiano Malgioglio to conduct a format of interviews with well-known personalities.

Chris Evans plays the uncle of a child math prodigy whose grandmother wants to make a star.

Television magazine in which politics and social issues are discussed, with Veronica Gentili at the host.

TV series on the still iconic figure of Princess Sissi.

A great Robin Williams in a film that marked a generation. A professor tries to open his students’ minds by making them passionate about poetry.

Pierfrancesco Favino, Valerio Mastrandrea, Rocco Papaleo and Margherita Buy in the sequel to the film on the Musketeers.

Program on antiques auctions and collectibles, in the Christmas version.