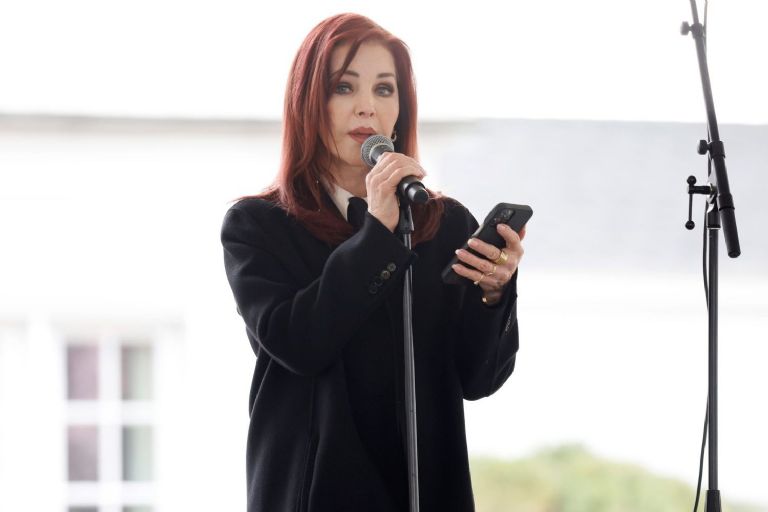 Priscilla Presley paid tribute to his late daughter Lisa Marie Presley at her memorial service at Graceland on Sunday, January 22, 2023 with a moving eulogy.

The 77-year-old actress took the podium and began with something her granddaughter wrote for everyone present. She read: “I have no idea how to put my mother into words. The truth is that there are too many. Lisa Marie Presley was an icon, a role model, a superhero to many people around the world, but Mom was my icon, my role model, my superhero, in so many more ways.”

Priscilla continued reading, “Even now, I can’t understand everything there is to understand or know about her, but as I always said, I’ll do my best.”

He then read a poem called The Old Soul, written about the life of Lisa Marie.

“In 1968, she entered our world, she was born tired, fragile, but strong. She was delicate, but she was full of life. She always knew that she wouldn’t be here long,” Priscilla recited.

Somewhere in the poem, Priscilla said that it was heartbreak that eventually took her life.

“She knew it was near the end. Survivor’s guilt, some would say, but a broken heart is the cause of his death. Now she is home, where she always belonged, but my heart misses her love,” Priscilla Presley said.

“Our hearts are broken,” Priscilla said. “Lisa, we all love you.”

Lisa Marie is buried next to her son Benjamin, who committed suicide in 2020 at age 27.

Lisa Marie died at age 54 on January 12, 2023 after being rushed to a Los Angeles hospital for possible cardiac arrest.