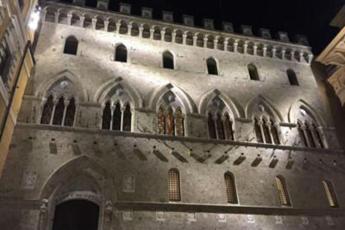 A tracebetween the window of the fourth and third floor, on which they were not carried out insights but that, if it were compatible with David Rossi’s shoe, might question the suicide thesis from the third floor of Palazzo Salimbeni. That’s what he reveals to Adnkronos the lawyer Carmelo Miceli, legal from the wife by Rossi, Antonella Tognazziand of daughter

her Carolina Orlandi, referring to a particular content in the RIS consultancy in the context of the second investigation into the death of the former Head of Communications of MPS.


The day after the hearing of Nicola Marini, on the evening of the prosecutor’s death, before the Commission of inquiry into the death of David Rossi, the lawyer observes: “Because Marini values ​​the product comparison that was made on all traces found under the third floor window and instead forget to say that there is a similar trace which was found above the third floor window, exactly between the fourth and third floor windowand forget to mention that no comparative commodity investigation has been carried out on this trace? “.” Perhaps because this trace, if it were to make a positive comparison, it would dismantle the theory of suicide
from the third floor? “, continues the lawyer referring to a trace found” in the Zavattaro consultancy in the context of the second investigation “on the death of the former manager.

“AND’ incomprehensible – reiterates the lawyer – that Marini says nothing about that trace found between the window on the fourth and third floorthe nature of which was evidently similar to those sent for comparison but of whose commodity comparison there is no trace in the investigative documents “.” The feeling is that Marini values ​​everything that can lead to accrediting the thesis of suicide and forgets what such a theory could demolish it instead “, he continues.

The lawyer also responds to affirmations made yesterday from pm on files found on the pc by Rossi. “The public prosecutor Marini, incomprehensiblymakes one substantial equivalence between the discovery of file and the alleged execution of searches by Rossi, on his pc, with the word ‘suicides‘- he underlines – In fact this morning I read in all the newspapers that the thesis that he would have even done 35 searches on his PC with the word’ suicide ‘was accredited. The circumstance that the finding of files in a pc with that word can be identified by search is false and devoid of any foundation“.

“What is true is that 35 files were found, including 23 emails, in the whole life of Rossi’s PC, which referred to the word suicide, but none of these documents is never state proved that he searched for the word suicide. What strikes me is that Marini reports or agrees to a similar reconstruction on which, according to the documents that Genoa refers to Siena, he should have made further investigations – Miceli observes – police postin fact, a circumstance incomprehensibly omitted by Marini, urges the absolute need to carry out further investigations also in relation to the activities actually carried out through that PC and stored on the hard disk. It is incomprehensible that the post office and the Genoa public prosecutor’s office have asked for further investigations and not only have these acts never been carried out, but a reading is even given aimed at further enhancing the suicide thesis “.

Another topic touched upon during the hearing is the man that in the movie of that evening is seen looking out into the alley. “She appeared to me absurdincomprehensible, unreasonable and non-compliant with the code of criminal procedure motivation that Marini offered to the Commission of inquiry into the failure to register in the register of suspects of the person who enters the alley and looks towards the body of David Rossi “, observes the lawyer Miceli.

Likewise, according to the lawyer, “it is absolutely incomprehensible and non-ritual the way in which Marini unloads on judicial police responsibility for the failure to carry out certain investigative acts, one among all, lfailure to acquire the telephone cells“. According to the lawyer of her wife and her daughter, the prosecutor’s attitude shows in summary” a lack of serenity of judgment and the lack of that impartiality that the head of a prosecutor should have to whom the prosecutor should be addressed. request to reopen the investigations: in our opinion, therefore, Marini’s statements demonstrate, once again, theincompatibility environmental
Of that one procures to negotiate a possible instance Of reopening of the investigations“.