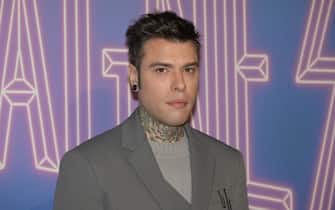 Many singers who will perform on the evening of Thursday 31 March in the first episode of The Journey of Musicthe event of Live beats organized on an MSC Cruises ship that will touch four Mediterranean ports: Palermo, Malta, Barcelona and Marseille. In the early evening, broadcast on Italia 1, there will also be Fedez: the program was in fact recorded before its operation

WATCH THE VIDEO: The Representative of List, the best songs

Achille Lauro. The singer will most likely propose his Sanremo piece, Sunday

Beats on the cruise, all the singers

From Sanremo also Sangiovanni, who will make the audience dance with Butterflies

The Representative of List, the dates of the tour

In the first evening conducted by the unprecedented duo Elenoire Casalegno and Nicolò De Devitiis, also the nuclear tactical Penguins

The Nuclear Tactical Penguins are back with “Where we left off tour”. Dates

The French DJ Kungs will also make the audience dance

Dargen D’Amico will come aboard to sing his Sanremo piece, Where do you dance

Where to dance, the lyrics of the song by Dargen D’Amico in Sanremo 2022

Also on the cruise ship The Kolors

Irama, also a veteran of the Sanremo Festival where he sang Wherever you will be

During the first evening, Sophie and the Giants will also perform

Federico Rossi will propose his latest success, I think of you often

Gué Pequeno is also on board MSC Cruises

During the first evening Deddy will also perform

A return much appreciated by lovers of the 90s and 2000s: the Gemelli DiVersi, a group composed of Thema and Strano, also at the Music Journey

Follya, the new group of Alessio Bernabei after the abandonment of Dear Jack