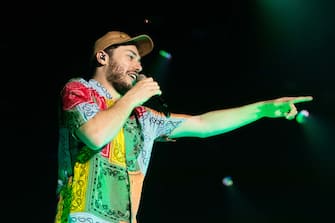 THE Nuclear Tactical Penguins triumphed in the Best Italian Act category. The group declared: “Being recognized at a European level, especially for people like us who have lived abroad, flatters us: it makes us feel European citizens, as well as Italians. Thanks a lot to those of us voted and therefore allowed to obtain this award ”

To the Nuclear Tactical Penguins the Best Italian Act at the MTV EMA 2022: “It makes us feel European”

Harry Styles won the statuette for Best UK & Ireland Act, won continuously since 2018 by Little Mix. The cantate had triumphed in that category with One Direction in 2012, 2013 and 2014

As for the regional categories, Gross won Best New Zealand Act, i Goldband took home the statuette as Best Dutch Act, Badmómzjay got the better of Best German Act, while Amir, among the participants of the Eurovision Song Contest 2016, triumphed for France. Among the winners i Carson How for Hungary, Noa Kirel for Israel e Ralph Kaminski for Poland

MTV EMA 2022, the nominees for the Best Italian Act award: from Blanco to Måneskin. PHOTO

MTV EMA 2022, the nominees: from Harry Styles to Måneskin. PHOTO

Daddy Yankee announces retirement, the announcement of the king of reggaeton

Billie Eilish instead took home the statuette as Best US Act, won in 2021 by Taylor Swift