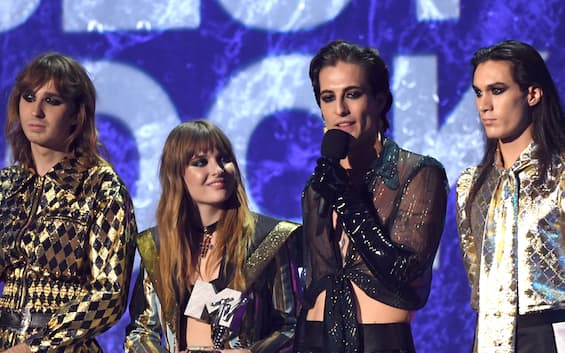 Everything is ready for the new edition of the MTV Video Music Awards, hosted by LL Cool J, Nicki Minaj and Jack Harlow. Great expectations for the performance of Måneskin, on stage also the Red Hot Chili Peppers, Lizzo, Eminem and Snoop Dogg, J Balvin, Bad Bunny and Jack Harlow.

MTV VIDEO MUSIC AWARDS, WHEN AND WHERE

Each year, the MTV Video Music Awards attract the curiosity of millions of viewers from all corners of the planet. Sparkling outfits, iconic performances and entertaining curtains made the show one of the most famous events internationally.

The appointment with the new edition is for Sunday 28 Augustlive from the stage of the Prudential Center of Newark, New Jersey.

The conduct of this year will be entrusted to three heavyweights of music, that is Nicki Minaj, Jack Harlow And LL Cool J.

Who will perform on stage at the MTV Video Music Awards? If in the past some of the greatest pop stars of all time have given the public performances that have made history, this year the musical moments will be entrusted to other famous names.

Here is the list in alphabetical order of all the performers of this edition:

From category Video of the Year to that Artist of the Year passing through Song of the Year And Song of Summer, who will triumph in the night of music? THE Måneskin will compete in three categories, namely Best New Artist, Best Alternatives And Group of the Year.

Pending the start of the MTV Video Music Awards, the organization of the event has already unveiled the delivery of two prestigious awards: the Video Vanguard Award to Nicki Minaj and the Global Icon Award.ai Red Hot Chili Peppers.