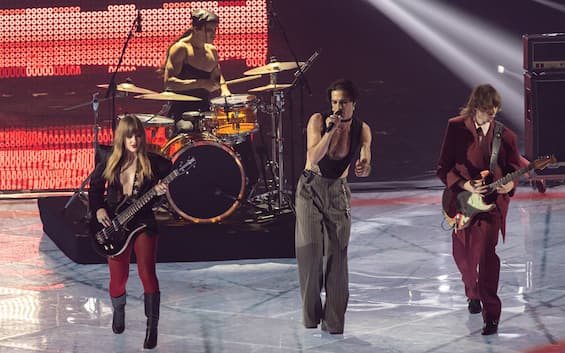 Great expectation for the thirty-ninth edition of the MTV Video Music Awardsthe ceremony that annually rewards the artists and works that have distinguished themselves in the previous months.

In the past few hours, the organization of the event announced the presence of Måneskin on stage at the Prudential Center in Newark in New Jersey.

Måneskin, great anticipation for the performance

Sunday 28th August the spotlight from all over the world will be on New Jersey on the occasion of the event which has become a real media phenomenon.

In fact, every year the MTV Video Music Awards attract curiosity internationally thanks to the iconic outfits worn by the stars and the performances proposed by the singers.

A little while ago the production of the event revealed that among the performers of the evening there will also be the Måneskin called to perform on the notes of their latest hit Supermodel.

Meanwhile, the video clip of the single is continuing to grind views after views, currently counting over sixteen million on YouTube.

Damiano, Victoria, Thomas and Ethan will therefore give an extraordinary new performance to the public also competing in two categories:, or Best New Artist And Best Alternatives thanks to the song I Wanna Be Your Slave.