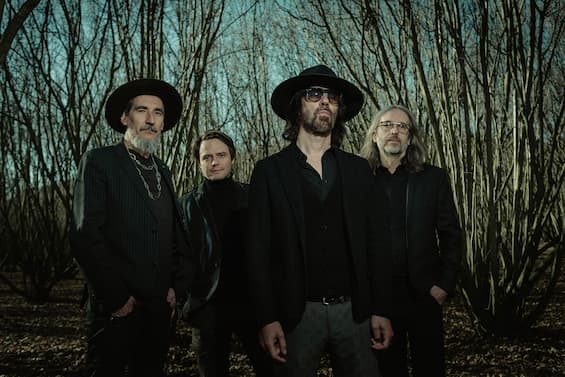 The highlight is set for Sunday 3 July when, at 2.30 pm, the small lake in the Piani del Vioz at the Doss dei Cembri Refuge will be enveloped by the music of Marlene Kuntz engaged in a concert free in one of the most enchanting scenarios of Val di Sole. But for residents and visitors, in reality, the festive atmosphere will characterize the entire weekend with an intense and exciting program of events including notes, nature and environmental awareness. A multiform event, which starting from Saturday will involve the band and the public in an unusually close and intense union.

For the Cuneo-based band this is an important stage, founded on the convergence between the declared mission of their summer tour and the similar objectives of an initiative to enhance the environmental heritage such as Uno Di Un Milione, the relational art project conceived and implemented from the Collective OP with the participation of the Orchestra and Chorus of White Voices of the Teatro alla Scala Academy, involving the Val di Sole Tourist Board, the Municipality of Peio, Pejo Funivie and the Stelvio National Park, while benefiting from the patronage of UN Mountain Partnership, Province Autonomous of Trento and TSM-Trentino School of Management and of the collaboration of BMW Italia, of the technical sponsors Napapijri and K-Array and of Rai Radio Live in the role of media partner.

Departed from Turin on June 5th, the Karma Clima Experience tour it is proposed as an experience based on the ability of art and music in particular to stimulate the perception of the problem of climate change. Notes, poetry and environmental commitment, therefore, for a concert program that has seen the band already engaged in Ostana and San Nicolao and which will last until the end of next month. The Doss concert in fact represents only one of the many stages of this summer journey that will also touch Bergamo (NXT Station, July 1), Loano (Piazza Italia, July 12), Milan (Magnolia, July 20) and Locorotondo (Nousfest, July 30 ). The protagonists, of course, are the great successes of the group, in addition to the latest works that include the new single “La Fugue” launched in May.

In the intentions of Marlene, the tour was clearly born with the idea is to exalt the potential of small villages, enhancing knowledge and traditions. An objective that, through the proposed artistic path, implicitly calls into question essential aspects such as sustainable tourism, social inclusion and the dialogue between culture, science and economy. These concepts, in turn, find equally concrete expression in the Uno Di Un Milione project, which arises from the desire to explore and interpret the natural heritage of the Val di Sole by adhering to environmental protection activities starting from its guiding element: the water, a primary resource that is characterized, like music, for its unstoppable motion capable of overcoming physical and emotional boundaries. The symbolic product of the program is the Uno Di Un Milione Bottle, in whose back, through a QR Code, a platform created by the Popack technological group can be activated, capable of revealing our personal note within a symphonic piece, guiding us to discover the springs and waterways that inspired him.

The symphony now resounds at monumental sculptures installed by Morgana Orsetta Ghini of the OP Collective a Pejo3000 where own the Marlene they will be guests on Saturday 2 July. The public will be able to reach the place from 2.30 pm starting from the Scoiattolo Refuge with the cable car in the company of the band and the artists who have created Uno Di Un Milione, later accompanying the same musicians on the descent along the trekking path that will lead from the Scoiattolo refuge to Lake Covel and from there to Peio Paese. To participate, you must book by 6pm of the previous day by contacting the Peio Fonti Office on 0463 753100. The cost of the experience is 15 euros for adults aged 12 and over, 7.5 euros for children from 3 to 11 years old. .

There musical review of 3 July kicks off at 10 with the performance of Los Locos Armando’s at the Scoiattolo Refuge and continues at 13 with the Thousand Miles of Midnight at the Doss dei Cembri Refuge in an authentic celebration of 90s rock. From 2.30 pm the concert by Marlene Kuntz at the Laghetto in Piani del Vioz and, to follow, the aperitif with the musicians at the same refuge. Here, as well as at the Scoiattolo Refuge, it is also possible to have lunch. The Doss dei Cembri chairlift will be open all day until 6pm.

There are three suggested routes to reach the concert venue, the faster provides for the use of the ski lifts, namely the Peio Fonti-Tarlenta cable car and, subsequently, the Doss dei Cembri chairlift; from the point of arrival, continue walking for 5 minutes to the small lake at the Piani del Vioz. Alternatively it is possible go up with the implants up to Località Tarlenta-Rifugio Lo Scoiattolo, then along a short stretch of the forest road uphill and after about 10 minutes’ walk, taking the path on the left that leads directly to the lake (estimated travel time: 1 hour 15 minutes). Finally, if you want, you can move exclusively on foot from San Rocco di Peio Paese taking the forest road towards Malga Saline along the SAT 105 path. After passing the hut, take the path on the left towards the Vioz Mantova Refuge. When you reach the Saroden chairlift (closed in summer) and the “Sass de le Strie” (boulder with caps), take the uphill forest road that leads to the Doss dei Cembri Refuge (estimated travel time: 2 hours and 30 minutes).