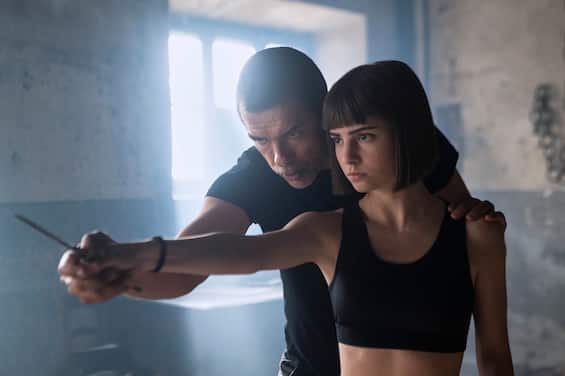 Netflix film My name is revengestarring Alessandro Gassmann, set a record in the history of streaming in our country: the film directed by Cosimo Gomez reached the top ten of non-English-language content on the noble platform (also visible on Sky Q and through the app on the Now Smart Stick), crossing a milestone that no other Italian title had so far been able to boast.

At the time of writing my name is revenge it stands at seventh place in the special classification, behind films whose success is somehow more explainable. Think of the Indonesian action in this sense The Big 4 (which has a much greater potential audience to draw on) or Christmas A Not So Merry Christmas, who instead can enjoy the advantage of going out at the perfect time. It should also be noted that, in this list, the Italian feature film has been present practically since its release just four weeks ago. It may seem a trivial fact but in reality it testifies to an extraordinary longevity, especially if we consider that the only other title to appear with such continuity is the Norwegian fantasy Troll. However, the latter is an even more special case if we consider that we are generally speaking of the most watched non-English-language film ever to date on Netflix.

My name is revenge it’s a perfect example of how Netflix works globally. The film is set in Italy and relies on actors and themes capable of not disorienting our home audience too much. However, under this reassuring patina for our compatriots moves a courageous film, very far from the majority of Italian productions and for this reason also able to be enjoyed by a foreign audience. In the premise as in the rhythm, My name is revenge follows a type of action very popular in the last period and very little rooted in our cinematographic tradition. The story is that of a classic revenge movie, as can already be assumed from the title. The protagonist is a family man with a dark past who decides to avenge the killing of his wife at the hands of the Mafia with his daughter. Gassmann here plays a character halfway between the John Wick of the series of the same name and Bryan Mills brought to the screen by Liam Neeson in I will find you. This is a complex hero, far from spotless. We are dealing with a man who has worked for organized crime and is perfectly aware of who and what he is challenging. The underlying concept is that of the Hobbesian homo homini lupus, with the remaining pieces of the family deciding to kill before being killed themselves. A rather simple idea, which works and is easily understood at any latitude. Exactly what Netflix wants at this time when producing content with Hollywood stars and internationally famous names is increasingly difficult.