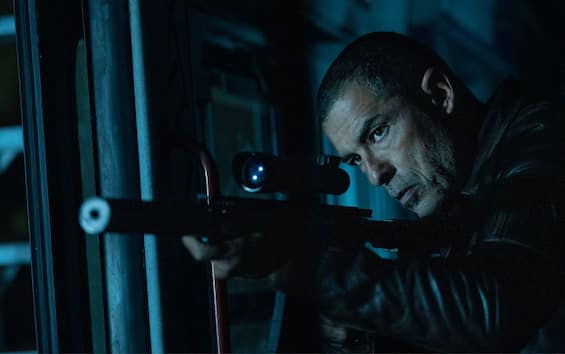 An unprecedented role for Alessandro Gassman in the film by Cosimo Gomez which will be available in streaming on Netflix starting November 30, 2022. Produced by Iginio Straffi and Alessandro Usai for Colorado Film, My name is revenge also finds in the cast the young Ginevra Francesconi, Alessio Praticò, Francesco Villano, Mauro Lamanna and Remo Girone.

My name is revenge: the official plot of the film

Sofia is a quiet teenager who spends her time between hockey games, of which she is the champion, and off-road driving lessons. Until the moment when she, disobeying Santo, her father, she secretly photographs him and publishes her photo on her Instagram. The small post is enough to change their lives forever. Following the computer trail, two criminals enter their home and brutally kill Sofia’s mother and uncle, resulting in a settling of scores that has been brooding for nearly twenty years. Sofia will discover that the truth has always been withheld from her and that Santo hides a dark past as an affiliate of the N’drangheta. Not without conflict, Sofia will embrace a legacy of fury and violence and will ally with her father to seek merciless revenge.

My name is revenge: the official trailer

Livid photography, music in crescendo, Alessandro Gassman with a suffered and defined face, the trailer shows the first images of a film that has all the air of being an action movie full of action scenes, a fast pace and a torrent of adrenaline. It doesn’t last long, but the trailer inspires an international style and compelling story that tackles past and present from various angles and raises various personal, existential issues and a showdown that nods to Liam Neeson’s films.