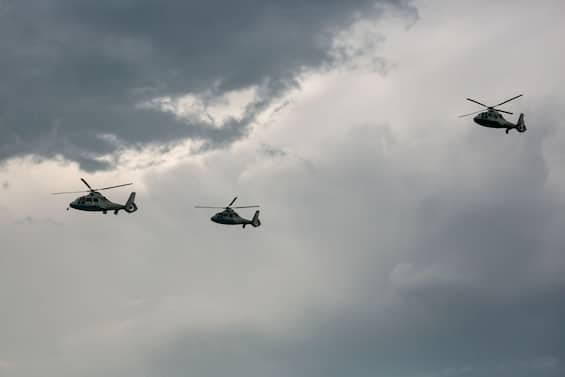 In Naypyidaw, two Mi-35 military helicopters fired on a school, killing and injuring several children. The Mar Mar school administrator said she was trying to take the students to a safe hiding place when, last Friday, two of the four government helicopters that rose north of the village of Let Yet Kone in Tabayin, about 110km away. northwest of Mandalay, they began firing machine guns and heavier weapons at the school. The institute, which has 240 students from kindergarten to elementary school, is located in a complex of the village’s Buddhist monastery. Since the military ousted Aung San Suu Kyi’s elected government in February last year, the United Nations has documented 260 attacks on schools and educational staff, but that would be the highest number of children killed. The attack on the school, according to the military junta, targeted the rebels hiding in the area.

The government has not opened an investigation

Two other children died in the land invasion of the regime’s troops during the search of the village. It appears that the soldiers then collected the corpses and wounded to take them to a hospital in Ye-U. A witness claimed that some of the rescued children had lost arms and legs. The government has not opened an investigation, and it is unclear which army battalion is involved. According to the rebel forces it would be the 701 light infantry battalion based in Hmawbi of Yangon.