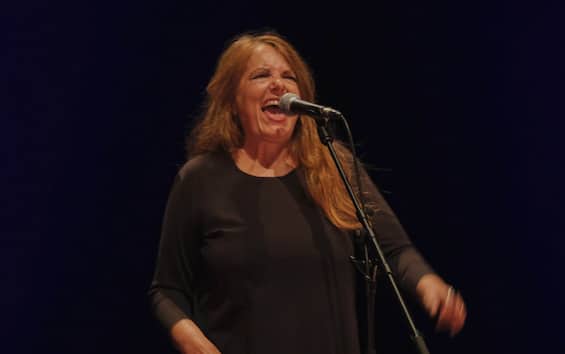 Nada is ready to return to the limelight with a new work, an unreleased album that arrives three years after her last work and which will be released on 7 October, published by La Tempesta Dischi / Santeria and distributed by Audioglobe. It was 2019 when Nada published It’s a difficult time, honey, an album particularly appreciated by her many fans, many of whom have followed her since her debut on the music scene. Her voice is unique in the musical panorama of our country and with this new record aims to enter an increasingly complicated and varied music market.

Nada’s new album is titled Fear goes away if the thoughts shine and goes to implement an important musical production, not particularly commercial but appreciated by a wide audience that the singer has managed to conquer during a very long career, which has been studded with successes and high tenor songs in terms of music and texts. Nada has never left anything to chance and every song of her is a hymn to good music. Unfortunately, the pandemic changed her plans and, like her colleagues, she too was forced to stop. Also for this reason it was necessary to wait three years to see the birth of the new album, which has in itself everything that has always distinguished Nada’s music. The work has been in the works for months, so much so that on May 5th the artist anticipated the release of the album with single In the middle of the seawhich has met with some success among its admirers.

The presentation of the album

The last album is a work to which the artist particularly cares, also because it is part of a particular moment of her life, which at 68 years old gave her extraordinary personal and musical satisfaction. The next 2nd October, the singer-songwriter will be at the Masini theater in Faenza, in the province of Ravenna, for the presentation of the album and it is not excluded that some dates of a tour will be announced in the coming weeks. Nada has 21 studio albums but also 5 books and has often taken the stage of the Sanremo festival as a competing artist, demonstrating the high quality of her proposals. But she also has a biopic entitled The little girl who didn’t want to singwhich tells about his life and which was directed by Costanza Quatriglio, who was freely inspired by the autobiographical book My human heart.