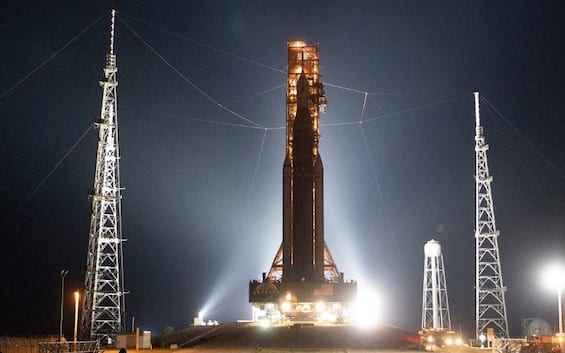 NASA has given the final green light to launch a first rocket to the Moon as part of the new Artemis mission. The news came last night from the aerospace agency which confirmed August 29 as the “back to the moon” date. As reported by international newspapers, the rocket, known as the Space Launch System, will take an unmanned capsule, called Orion, into space, which will make an exploratory tour around the Moon. NASA officials, as stated on the space agency’s website, have agreed on a two-hour launch window that will open on Monday, August 29 at 8:33 am local time and the operation will take place at Kennedy Space Center, Florida.

Objective: to bring man back to the moon

The announcement of the first launch of the Artemis 1 mission came during a press conference held in NASA headquarters at the end of a Flight Readiness Review. The conference was attended by, among others, Jim Free, associate administrator for the direction of the exploration systems development mission, and Bob Cabana, associate administrator of NASA. “Before a series of increasingly complex missions – let NASA know -, Artemis I will provide a basis for human exploration of deep space and will demonstrate our commitment and our ability to extend human presence on the Moon and beyond”. “With the Artemis missions – the site reads -, NASA will land the first woman and the first black person on the moon, using innovative technologies to explore more of the lunar surface than ever”.

50 years since the last landing

“The main objective of Artemis I – explained the Nasa team – is to thoroughly test the integrated systems before the manned missions by operating the spacecraft in a deep space environment, testing the Orion heat shield and recovering the module of the crew after re-entry, descent and landing “. The US space agency will celebrate the 50th anniversary of the last human moon landing of the crew on board in December of Apollo 17.