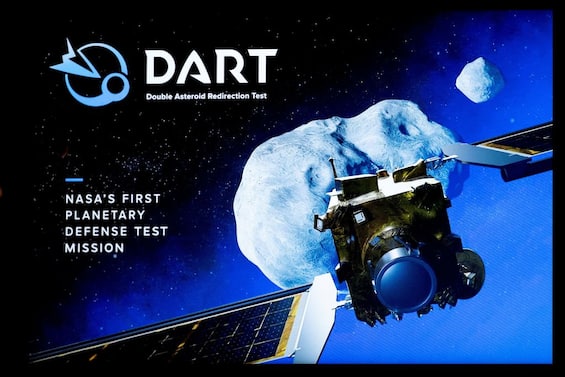 The LiciaCube minisatellite of the Italian Space Agency (ASI), which was on board the NASA Dart (Double Asteroid Redirection Test) probe, successfully disengaged at 1.14 am on 12 September last Italian time: the vehicle will crash against the asteroid Dimorphos in the night between 26 and 27 September, always at the same time, and the Italian satellite has the task of filming the clash from a safe distance. Thus, the final phase of this spectacular study mission dedicated to planetary defense comes to life, a test to verify whether a similar approach can be successful in diverting the trajectory of objects that represent a threat to the Earth.

The NASA Dart probe, after release, has resumed its attitude, to continue the journey that will take it to impact at about 24 thousand kilometers per hour. The mission started on November 24, 2021, with the aim of reaching a binary system formed by two asteroids: the largest, Didymos, has a diameter of 780 meters, while Dimorphos, which orbits its older brother, has a diameter of 160 meters. Since the two objects can be observed by ground-based telescopes, it will be easy to verify whether the impact of the spacecraft was able to shift Dimorphos’ orbit.

How to see the Dart mission live

All those interested in following live the outcome of the mission which will be broadcast in live streaming on TV and YouTube channels and on the NASA app and social channels. Enthusiasts will also be able to enter into communications with the Agency’s experts and the team that took care of the space mission during some in-depth meetings, always live.