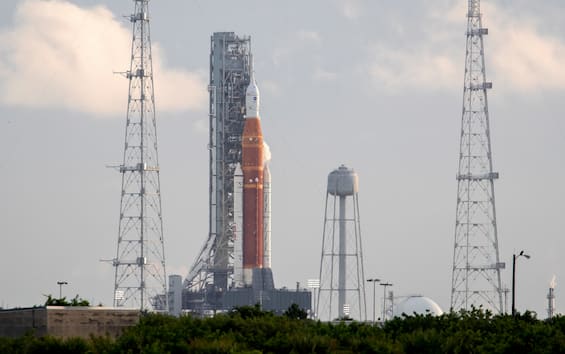 In the Kennedy Space Center, Florida, the ground test for the loading of propellant into the SLS (Space Launch System) launcher was completed in view of Artemis I, the forerunner mission for the return to the Moon. This was communicated by NASA, which – despite some initial problems – explained that it had achieved all the objectives set for the test. After emptying the propellant tanks, the data analysis began. Based on the results obtained with this test, NASA will decide whether to give the green light to a new attempt to launch the Artemis I mission on September 27th.

The test ahead of the Artemis I mission

The SLS launcher is destined for Artemis I, the unmanned mission that aims to reopen the way back for astronauts to the Moon. The test, authorized by launch director Charlie Blackwell-Thompson, was used to verify whether the solution to the problem that caused a leak of liquid hydrogen during the launch attempt on 3 September last year is valid. The test started about 30 minutes late, waiting for the area surrounding platform 39B, where the launcher is located, to be completely cleared. During the test there was some problem, but then the Nasa technicians solved and completed it.

Problems during the test

In particular, during the test for loading liquid hydrogen into the SLS launcher there was a leak. At first glance, NASA explained, the problem seemed similar to the one that last September 3 had forced to postpone the launch. After detecting a leak of 7% (against the acceptable limit of 4%), NASA technicians decided to suspend the loading of liquid hydrogen. Then the liquid hydrogen loading operations are resumed, with the loss of the propellant reduced from 7% to 0.5%. Once the fast loading of liquid hydrogen in the central stage of the Sls launcher was completed, with the loss of the stable propellant at 0.5%, we moved on to load what was missing due to natural evaporation, while the oxygen loading liquid was already 100%. Once the loading of the propellant in the SLS rocket was completed, the test continued with the pressurization of the liquid hydrogen tank until it reached the level expected in case of flight. After the test, the emptying of the propellant tanks and then the data analysis began.