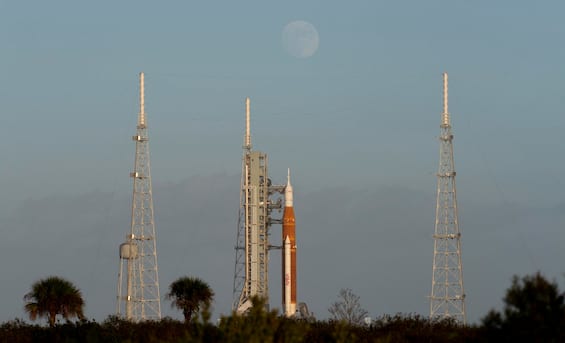 The two-day countdown for the launch of NASA’s Artemis 1 mission has begun, set for Wednesday, November 16 starting at 7:04 am Italian time, after hurricane Nicole had forced to postpone the date initially scheduled for today, November 14. However, NASA technicians are working to confirm the feasibility of the launch, since the passage of the hurricane could have caused some damage: in particular, the strong winds caused the loosening of a thin strip of material similar to mastic. which is located around the Orion capsule. The strip fills a slight indentation, minimizing aerodynamic heating during departure. Its presence is not essential, but it is possible that some pieces of the material detach during the launch, creating a potential danger due to debris for the SLS (Space Launch System) rocket in charge of bringing the capsule into orbit.

In space for about 26 days

Technicians are therefore examining the nature and severity of this risk, as it is not possible to carry out this repair on the launch pad of the Kennedy Space Center, where the rocket waits in position: the Orion capsule is in fact too high, therefore, if should it become necessary, the rocket should be returned to the assembly building (Vab), causing another slip for launch. If all goes according to plan, on Tuesday the technicians will again begin to fill the tanks of the SLS rocket with approximately 2 million and 800 thousand liters of fuel, using a more ‘delicate’ technique to minimize sudden changes in pressure and prevent leaks. from the seals. If Artemis leaves next Wednesday as scheduled, the Orion capsule will stay in space for about 26 days testing around the Moon, before returning to Earth by diving into the Pacific Ocean.