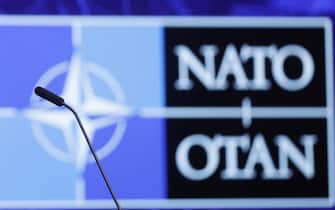 Inside the Born, with the outbreak of the war in Ukraine, we have returned to talk about collective defense clause referred toarticle 5 of the Treaty establishing the Alliance

WATCH THE VIDEO: War in Ukraine, what are tactical nuclear weapons

The law states that an attack aimed at a NATO state legitimizes any action considered necessary, “including the use of the armed forceto restore and maintain security in the North Atlantic region”

In recent months there was talk of the possibility of activating Article 5 also for so-called “hybrid” attacks. These are essentially maneuvers implemented by a state entity which, in addition to conventional attacks against a country, decides to resort to unconventional methods which also weaken other states. Using, for example, its influence through cyber attacks or by hitting strategic infrastructures

US, accelerated plans to update nuclear weapons at NATO bases in Europe

The fear was that the war against Ukraine launched from Moscow was taking this turn. Because the episodes of attacks on infrastructure in Europe had started to add up. First there were the explosions at the gas pipelines Nord Stream 1 and Nord Stream 2. Then the damage to the cables of some German railways. In both cases, both Brussels and NATO believed that it had not been a matter of mere accidents

The story of the Nord Stream gas pipelines was immediately considered as a deliberate act of sabotage to the infrastructure that transports gas from Russia to Europe, passing through the Baltic Sea in the Danish and Swedish areas of competence

NATO, what is the Atlantic Alliance and which are the member countries

Also worrying was the chaos that broke out in the Northern German Railwaysdue to a problem with the GSMR system (international mobile telephone system for railway communications). Again, there was immediate talk of “sabotage” in Berlin. It was thought that i system cables were stolen or destroyed on purposeaffecting the Laender of Bremen, Hamburg, Lower Saxony and Schleswig-Holstein

Railway blockade in Germany, the hypothesis of Russian sabotage appears

The president of the European Commission Ursula von der Leyen was clear: “We have to protect our infrastructure, which for the first time have become a goal, and we need to prepare ourselves in the best possible way”. Von der Leyen had expressly mentioned the necessary defense of the submarine cables that transmit optical fiber. But NATO sources had reiterated that “defending everything is not possible” and it is therefore “necessary to make choices”

The awareness within NATO is that a particularly serious hybrid attack could give rise to recourse to Article 5 of the Treaty and therefore drag all the allied countries into a conflict. What it is though hardin cases of hybrid warfare, is demonstrate attribution of unconventional attacks to a single state

Nato, the role of bases in Italy