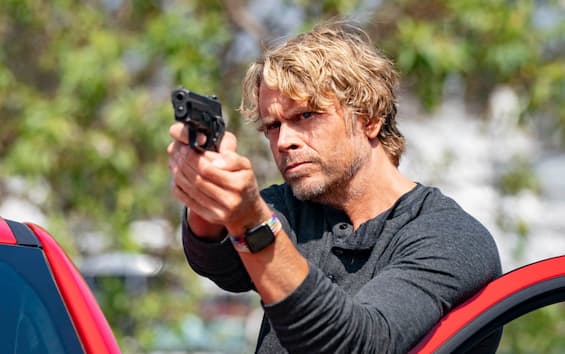 CBS has officially announced that NCIS: Los Angeles will end with season 14. Amy Reisenbach, President of CBS Entertainment, in a statement to EW said, “It is no surprise that this show has been a global success. From day one the cast , the producers and crew have been fantastic partners to Network/Studios and their teamwork, talent and spirit have come through vividly on screen. We are planning a big send-off that the fans deserve.”

The reactions of the cast

“What a spectacular journey we have all shared” wrote on social networks Eric Christiann Olsen who joined the series in the first season, followed by the protagonist Chris O’Donnell who on Instagram underlined how the experience in this series was like being part of a family and added, “I just want to take a moment to thank all of our amazing fans who have tuned in every week. See you next adventure!“. His colleague and episode-after-episode partner, LL Cool J. commented on the demise of NCIS on Twitter with a behind-the-scenes group photo, clip, and Deadline article. “After 14 seasons, it’s the perfect time to end on a high note”. Daniela Ruah of the original cast finally said that from the first to the last season the series has been “an absolute dream” and “There are so many feelings to process and too many words to say. I’ll save them for a later date… I’m so grateful to have been a part of this NCISLA family. The show lasted this long thanks to all of you.”

What is NCIS: Los Angeles all about?

The showrunner and the production expressed their thanks to all the cast and technicians who for so many years have made it possible to carry on this product for the small screen which has conquered a large fandom all over the world. Premiering in 2009, NCIS: Los Angeles has surpassed 300 episodes to chronicle the adventures and challenges of an NCIS division responsible for apprehending dangerous and elusive criminals who pose a threat to national security. Assuming false identities and using the latest technology, this team of highly trained agents go undercover, risking their lives in the field to bring down their targets. In the cast Chris O’Donnell, LL Cool J, Linda Hunt, Daniela Ruah, Eric Christian Olsen, Medalion Rahimi, Caleb Castille and Gerald McRaney.