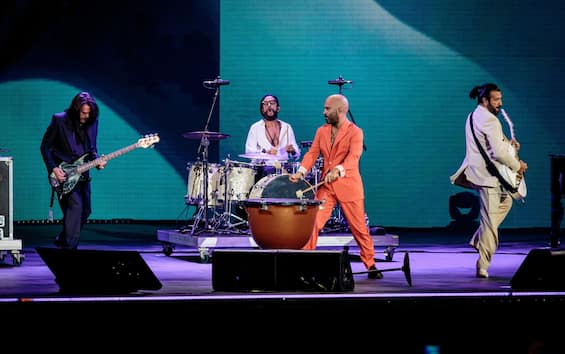 THE Negramaro they are one of the most important bands on the Italian scene. Founded in 2000, the Salento group has achieved success over time that has led them to tread not only the stage of Sanremo, but also that of Italian and European palaces and stadiums. The band led by Giuliano Sangiorgi is ready to experience a busy autumn with the Unplugged European Tour 2022 which, as the name suggests, will also touch on some stages outside the Italian borders.

The Negramaro do not leave Rome, on the contrary they double!

Paraphrasing the title of a famous program of the past, the Negramaro do not leave but double. The reference is to the appointment in the capital ofUnplugged European Tour 2022 scheduled for November 13 at the Parco della Musica Auditorium. However, the announcement has come that the band will perform at Rome also the following day, that is the November 14. Tickets are available starting at hours 15:00 on Thursday 12 May and it is plausible that they can run out in a short time. Recall that the concerts in Rome will be the last as regards those that will be in Italy, with the Tour that will then continue abroad. L’Unplugged European Tour 2022 has Radio Italia as its official radio, which will broadcast the awaited event in real time.

The dates of theEuropean Unplugged Tour 2022 of the Negramaro

Here is a summary of all the dates Negramaro will perform next fall. Let’s start a Saint-Vincent on September 28, to then end in Rome on November 14th, before another ten shows around Europe that will end on December 10th in Barcelona.

Finally, here are the ten stops around Europe: