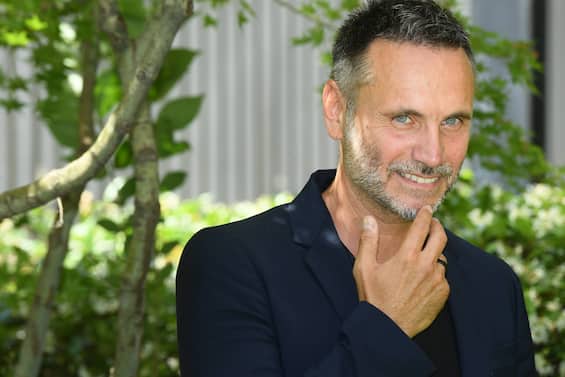 Nek thus explained the title of the unpublished work that he chose to launch his next collection, 5030: “Chaos theory is a mathematical model that reminds us of an essential fact: the world does not follow a precise and predictable model. Whether we like it or not, chaos also dwells in our lives, this little space left to chance, where we need to be prepared to change plans at any moment. In science, in life, in love”. Who knows how much this uncontrollable and unexpected component has affected a long and enviable career that the singer from Sassuolo now intends to celebrate properly.

Chaos Theory was the previously unreleased single chosen to launch 5030a collection that comes out in an important moment well certified by those numbers that are part of the title: in half a century of life Philip Neviani he spent most of his years creating music. Thirty years of career as an artist in which Nek has always sang with that heart that he also pays homage to in his latest single. A song in which he recalls how difficult it is to be alone, even now 24 years after his most famous hit: Laura is not here. That song that was also very successful in the Spanish version (Laura is not), making Nek an artist appreciated even outside the national borders, is obviously included in the compilation 5030. The album summarizes Nek’s journey in these thirty years, in which he has gone from dreaming of being a bit like Sting to becoming a tutelary deity of Italian pop. That artist who was looking for his way between the country of the Winchesters and the rock of the White Lady finally found his way artistically reincarnated in Nek. Last year, in an interview with Radio Italyasked what he would say to himself about his beginnings and the answer from the author of Let me be he brought out all his satisfaction with the journey he has made: “I would tell him that, all in all, he did everything right. I’ve always had in mind the idea of ​​’becoming famous’ or at least working in music being part of a group. I never thought of doing it alone, managing emotions, moods and silences. I wanted to share all of this with others. So today I say to Philip: ‘You have carried out your wish well. Maybe you had to correct the path because your friends had different projects: someone is an accountant, someone is a plumber, someone travels around Europe…’”.

Many friends met on the road

If some friends have had to leave him on the street, at least from a musical point of view, it must however be said that Nek has shown himself to be an artist very open to sharing over the years. Over time he has collaborated with highly esteemed colleagues such as Laura Pausini or J-Axwithout forgetting the recent duet on the notes of Pino Daniele with Massimo Ranieri in Sanremo 2022. Filippo Neviani is a singer who has always been able to take from our tradition, celebrating it and managing to offer popular covers of classics such as If by phoning. His ability to compare himself with other artists then definitively appeared evident in the project that united him in the past with Max Pezzali And Francesco Renga. The latter is among the guests of 5030in which he duets with Nek on the notes of a new version of Tell me what it is. The other big names that meet in the tracklist of this particular collection are Young people And Giugliano Sangiorgi of the Negramaros, respectively grappling with Come on love And Stormy hearts. 5030 (which closes with an English version of Chaos Theory) is however not only a strictly recording operation, given that the title of the album to be released on December 2nd will also be that of a concert-event. The live show on 11 December at the Teatro degli Arcimboldi in Milan will be an unmissable stop for all fans, in which the singer with 10 million records sold worldwide and 18 studio albums will be able to celebrate his achievements with his audience. For those who are unable to be there, fear not: Nek will continue in 2023, with other concerts in the cities of Bologna, Rome and Turin. A big party to remind us that, unlike his Laura, Nek is still there and has no intention of leaving the field any time soon.