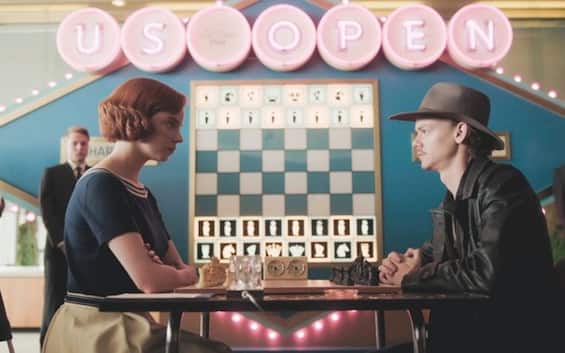 Not always in chess one of the two players wins. In fact, it is possible that the game ends in a draw and this happens when it comes to the point where it is impossible to checkmate for both sides. The lawsuit between Netflix and Nona Gaprindashvili went more or less like this: neither party managed to make their reasons prevail and in the end it was decided for a substantial tie, negotiating a sum unknown to us.

The champion who never collided with a man … or maybe yes?

It all starts in August last year. Netflix hit the spot with the book-inspired mini-series The chess queen, also taking home two Golden Globes and 11 Emmys. Among the millions of viewers of the series there is also Nona Gaprindashvili, now 81 years old and former chess prodigy in the days of the Soviet Union. Particularly annoying Nona is the last of the seven episodes, the one in which it is said that she is Russian and that she has never faced a man until 1968, the year in which the episode is set.

For Gaprindashvili, who is Georgian and a male chess player had faced him more than once already at the time, that’s enough to sue the American streaming giant. In no time at all, her lawyers then start a complaint, highlighting how certain statements as well as false would be “sexist and belittling” towards their client. Gaprindashvili had already faced 58 male professional players in 1968, including 10 great masters but, according to his defenders, this fact would have been deliberately bypassed by the series with the intent of: “Increase the drama by making it seem that his imaginary heroine had succeeded to do what no other woman, including Gaprindashvili, had done ”.

All is well what ends even

For its part, Netflix’s legal team had invoked the First Amendment, pointing out how certain licenses can be included in a work of fiction. In the end, however, even the streaming platform seemed wiser to find an agreement rather than drag on in a long and all in all useless legal quarrel. Netflix and Nona Gaprindashvili then found a monetary agreement that will allow the chess player to have compensation for damages, albeit presumably less than the initial request of five million dollars.