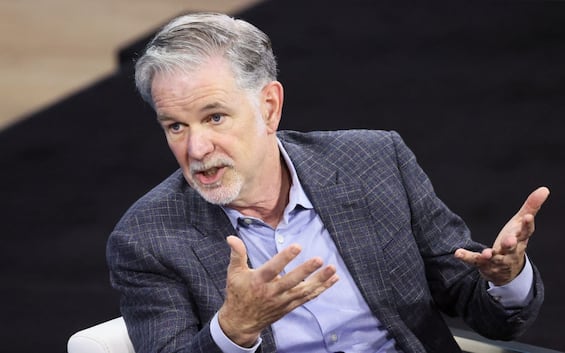 Reed Hastings, 62, the man who changed the streaming entertainment landscape, the co-founder and CEO of Netflix, has announced that he will step down as CEO. After twenty-six years of the company’s life, born when DVDs were still sent to subscribers by post, the time has come to say goodbye. His place will be taken by Greg Peters, who will join Ted Sarandos, appointed co-CEO in July 2020. “In the last two and a half years – Hastings explained to the shareholders – I have increasingly delegated the management of Netflix to them” which worked despite the difficulties associated with the pandemic. “It was a baptism of fire – he added – but both handled the situation in an incredible way, ensuring Netflix to continue to improve and grow along a path that has accelerated turnover and increased earnings”.

A difficult year because of the rivals

Netflix is ​​under pressure from declining subscriber spending and increasingly aggressive competition from Walt Disney Co, Amazon and other corporations that are betting on online TV and streaming movies. In the first half of 2022 Netflix had shocked Wall Street, with the announcement of the loss of over 200,000 subscribers. Then the numbers improved in the second half of the year, to the point that the company ended 2022 with 231 million subscribers, and 7.7 million new customers registered in the last quarter. “2022 – Hastings admitted – was a difficult year with a rebound at the start and a more brilliant finish”.

“I will remain focused on the stock market performance”

Despite his resignation, Hastings will not lose an important position: he will remain the largest shareholder, with two percent of the shares and a personal fortune that, according to Forbes, is around 3.3 billion dollars. “I will spend more time in philanthropy – he promised – and I will remain very focused on the performance of Netflix’s shares”.