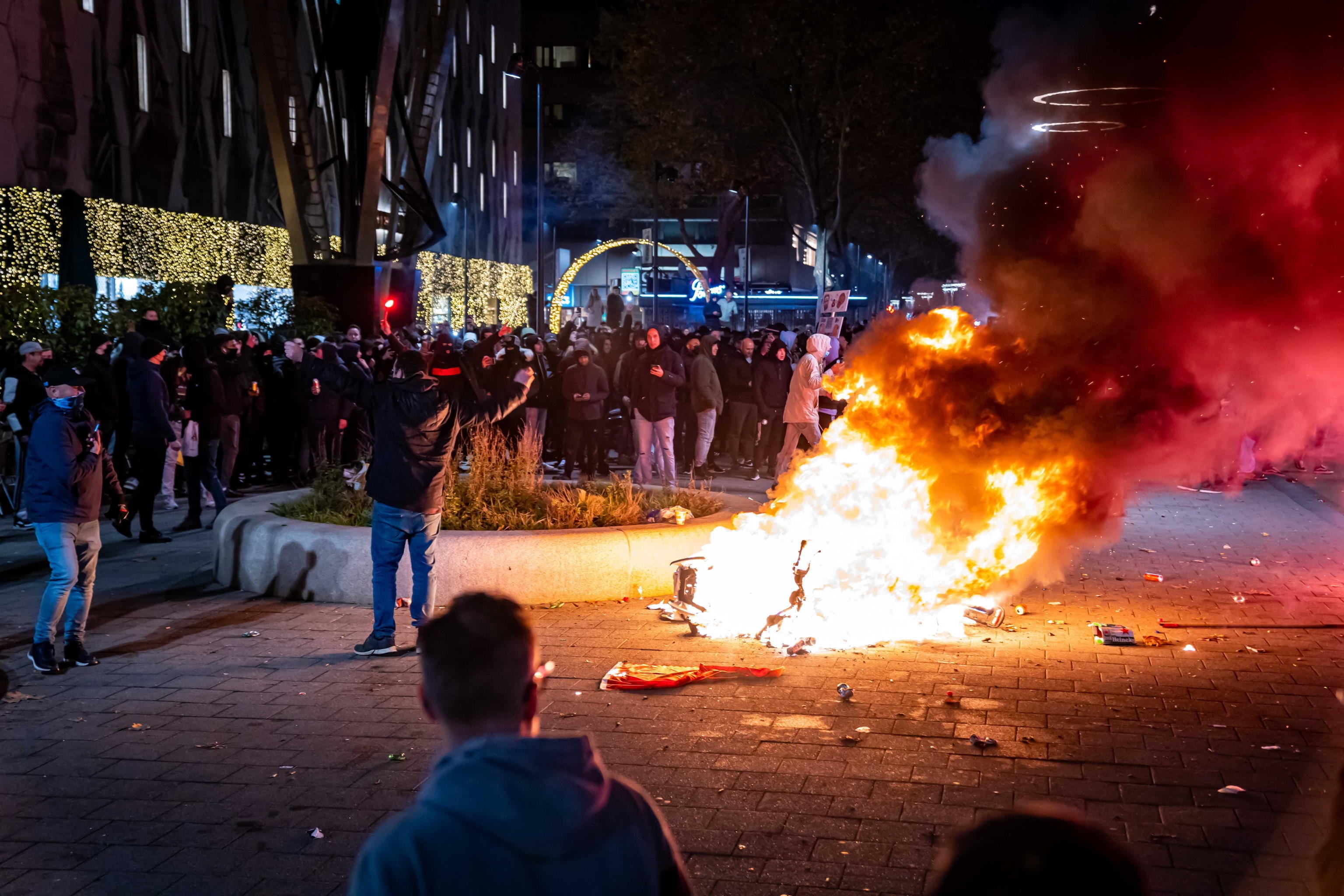 Violent protests erupted in Rotterdam in the Netherlands during a demonstration that saw hundreds of participants against the government-announced lockdown to deal with the Covid pandemic.

According to reports from Dutch broadcaster Nos, police shot and wounded two people. “We were injured as a result of the warning shots,” he admitted

a few hours later the police. Shortly before the agents had fired warning shots to try to quell the revolt, during which some fireworks were fired by demonstrators and several fires were set. Riot police were also deployed. At least one police car was set on fire and others were damaged. Firefighters and police officers were hit with objects. The broadcaster’s images showed sidewalk fires and trash cans thrown into the street.

Rail services to and from Rotterdam have been suspended until further notice due to the riots, Dutch railways announced. The demonstration, organized by various organizations, was against the government’s plans to introduce a new regulation that provides a lockdown for the unvaccinated, allowing only the vaccinated and those recovered from Covid to access events, bars and restaurants.