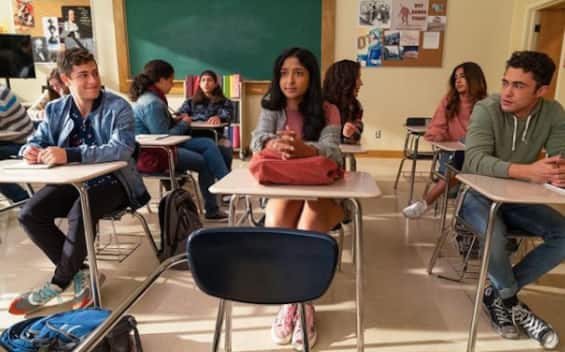 From 1981 to 1984 “The Genius” John Patrick McEnroe Jr was the strongest tennis player in the world, undisputed number one in the ATP rankings between a destroyed racket and a vibrant protest with the referees. Probably in those days no one would have thought that John McEnroe he would be, forty years later, the narrator of a TV series designed for a teenage audience and centered on an American girl of Indian origins. Yet the unthinkable happened and, perhaps more surprisingly, the show in question was successful enough to have multiple seasons. Now we know that a fourth is also waiting for us. Unfortunately, it will also be the last.

Never have I ever… thought about doing a fifth season

The 10 new episodes of I never… they came out right on Friday 12th August on Netflix. Not even time to enjoy the third season of the adventures of Devi Vishwakumar and her friends and the announcement has already arrived: in 2023 we will have a “last dance” for the protagonists which will coincide with Devi’s last year of high school .

However, there is no loss of interest from the public or company policies to push for cancellation. It was the same creators Mindy Kaling and Lang Fisher who explained that the series ends with their precise creative choice. Sherman Oaks students could be those characters that we only loved within the universe that we have known and that has its own dynamics: it would not have made sense, at least according to the creators of the show, to try to imagine Devi and company away from school. once you finish high school.

I never.. will therefore not attempt the path of many other series dedicated to the same public, which have tried to follow their protagonists even once they have gone to college or in any case after graduation. A courageous choice but one that could lead to a more “natural” and spectacular closure for the series.

If the choice of an eighties tennis champion as a narrator appears bizarre at first glance, it takes little to change your mind. This is because there are actually many similarities between John McEnroe and Devi, as we discovered as we progressed in the series.

The protagonist, played by Maitreyi Ramakrishnan, no longer looks very much like the student who in the second year of high school was obsessed with excellence but still maintains that nervousness that unites her so much to the racket champion. You have to struggle to hold back your emotions, she has no patience or mince words and this has created problems for her over the years, especially when she has had to interface with children or with the family.

Also this time Mindy Kaling took inspiration from autobiographical episodes to tell the salient moments of the life of every teenager. Starting from that game of “never have I ever” (which also inspires the title of each episode), situations and common doubts of a complicated age are told. With a bittersweet tone, which continually oscillates between humor and deeper reflection, important issues were addressed in this series: from bullying to female homosexuality, passing through the difficulty in feeling truly integrated when living in the balance between two cultures.

Very little is known about season four to date. He will surely cover the last year of high school in Sherman Oaks and will have a new entry as important as Michael Cimino, seen in Love, Victor. The actor will play Ethan, a “beautiful and damned” skater who will bring further havoc in Devi’s life.

If until now you have always said “I’ve never .. seen I never“It’s time to fix it, especially if you want to remember what it was like to be a teenager. For better or for worse.