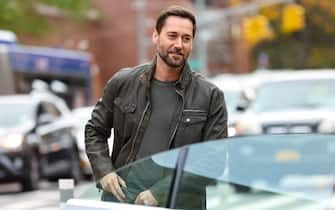 In the fourth season of New Amsterdam we find the protagonist, Doctor Max Goodwin played by Ryan Eggold

New Amsterdam, the cast of the third season of the tv series

Dr. Lauren Bloom, the head of the hospital’s ER, is played by Janet Ruth Montgomery

Doctors on big and small screens, the most famous doctors in movies and TV series. PHOTO

Hippocrates – Internships in the ward, all you need to know

Dr. Ignatius “Iggy” Frome, played by Tyler Labine, is the head of the psychiatry ward.

We will also meet Dr. Linda “Lyn” Malvo, played by Frances Turner. She is the new head of the obstetrics / gynecology department

Transplant, the medical drama on Sky and NOW

Grey’s Anatomy 18, the fate of several protagonists in limbo SPOILERS

In the new season, Dr. Veronica Fuentes (Michelle Forbes) joins the team to lighten the hospital, overloaded and underfunded