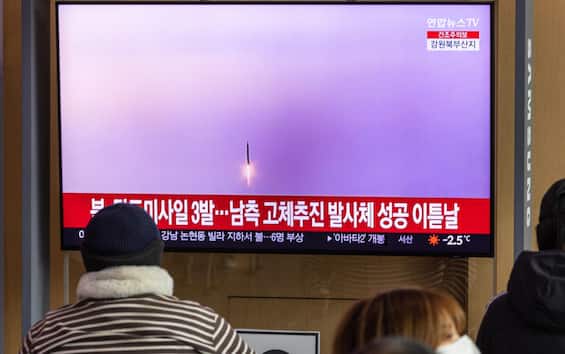 New ballistic test conducted by North Korea: Seoul has announced that Pyongyang has launched three short-range missiles. The three shells, according to the South Korean news agency Yonhap, fell into the Sea of ​​Japan. The Japanese Coast Guard also confirmed the launch.

The three missiles, as reported by the Kyodo news agency quoting the Japanese Defense Ministry, would have flown for 350 kilometers at a maximum altitude of 100 km. The area where the shells allegedly fell is outside Japan’s exclusive economic zone, Kyodo added. He also specified that no damage to aircraft or ships was reported. The Japanese government has complained to Pyongyang through diplomatic channels over the missile launches. The United States, through the US Army Indo-Pacific Command, has made it known that the missiles have posed no threat to the US and its allies in the region. But they stressed that the “impact” of Pyongyang’s military program is “destabilizing”.

It was Pyongyang’s 37th launch of 2022. The launch took place on the sixth day of the plenum of the Central Committee of the Workers’ Party of Korea (WPK). North Korean leader Kim Jong-un presented a three-day “historic report” on the matter, setting goals for strengthening defense capabilities in 2023.