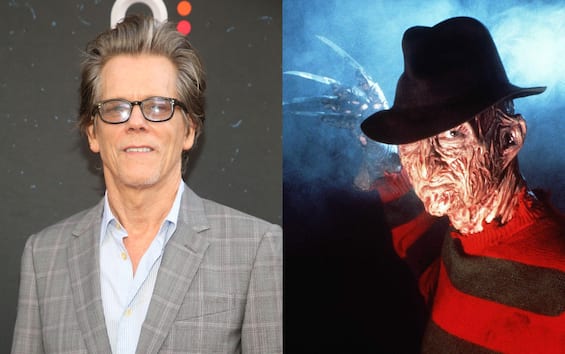 He seems to be fond of the horror genre Kevin Baconwhich after the latest experience in the film They / Themanswers between the possibilist and the amused to the words of Robert Englund, historian Freddy Krueger of Nightmare on Elm Street. Englund has indeed indicated Kevin Bacon as possible Freddy Krueger of the new film from the series Nightmare.

Kevin Bacon as Freddy Krueger, the words of Englund

It is nothing new that the historic actor of Nightmare on Elm Street see in Kevin Bacon one of the best actors that can replace him in the interpretation of the diabolical disfigured face of Freddy Krueger. Already during an interview in 2017, Englund had stated that seeing Bacon in a new film of the series would be “fantastic. He was in one of my favorite horror movies, Deadly echoes. I think Kevin Bacon is the right choice. ” Not a random choice, that of Englund: Bacon is not new to the horror genre, with extensive experience in films such as Tremors, You had to go and queer horror film They / Them. And it is precisely there Bacon’s rich career to convince Englund: “I think he respects horror movies, he doesn’t make fun of them,” he declared.

And here, after some time, there also arrives response from Kevin Bacon to the veiled proposal. During an interview with Screen Rantthe actor of Footloose it is said possibilist: “Never say never, and when I say never say never then I really do it”. The actor then continued, specifying that there are very few proposals that he refuses with a firm no, because you never know how the future will evolve. While the answer may seem vague, it’s perfect for fueling the rumors that Bacon is a favorite for the new Freddy Krueger. The rights of the series have recently returned to Craven’s heirs and it is increasingly concrete will to revive the series that marked an era of horror cinema, despite the fact that the most recent films have not thrilled critics and audiences.

Even if Bacon does not want to foreclose on any path, he has to deal with the numerous commitments that fill his agenda. It debuted on August 5, 2022 the new queer horror film They / Them which sees Bacon as the diabolical Owen Whistler, head of the sexual reorientation camp for LGBTQIA + people. Also 2022 is the year of Space Oddity, film in which he plays Jeff McAllister, Alex’s father whose only desire is to go to Mars on a one-way trip. Coming soon, Kevin Bacon will join Peter Dinklage in the remake of The Toxic Avenger and will appear in Leave the world behindSam Esmail’s film about the pandemic.