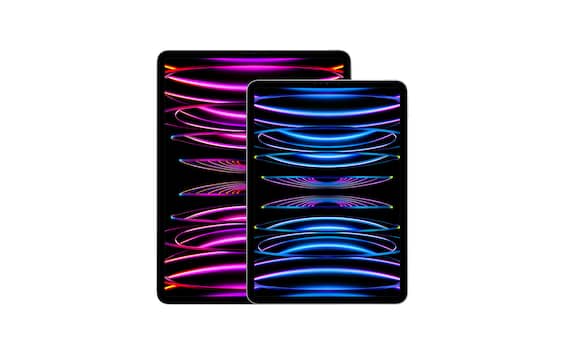 Seen “from the outside” it looks very similar to last year’s iPad Pro (our review here), difficult to grasp the differences. However, differences in the new generation Apple iPad Pro are all “under the hood”, with a superior experience compared to the previous model thanks to the introduction of the new M2 chip. We put the new iPad and the iPadOS 16 operating system to the test during our workdays, here’s how it went.

The new iPad Pro, we said, is very similar to the previous model. Depending on the version, it weighs between 460 and 685 grams and on board we find a Liquid Retina display (in the 11-inch version) and Liquid Retina XDR (in the 12.9-inch version) which offer an excellent viewing experience in our opinion. very bright even in direct sunlight, with brilliant and above all “certified” colours: yes, because with the Reference mode the 12.9-inch iPad Pro is able to satisfy the color requirements required for review and approval activities , achieving the most important levels of image color fidelity. Governing the system is Apple’s new M2 chip, an 8-core CPU up to 15 percent faster than the previous model which, they explain, introduces improvements above all in terms of performance and energy efficiency. In terms of graphics, we find a 10-core GPU while the 16-core Neural Engine is capable of processing up to 15.8 trillion operations per second, making iPad Pro even more snappy when it comes to running apps that take advantage of machine learning. Hardware, therefore, as a true “Pro”, capable of transforming the tablet with the Apple into a powerful workstation capable of carrying out even the most demanding jobs such as 3D modeling, video editing and very high quality photo editing . The power of the M2 chip is also found in the two rear cameras (wide-angle and ultra-wide-angle) which for the first time allow you to record ProRes videos (thus cinematic quality) and transcode and edit these videos quickly and immediately . iPad Pro offers faster Wi-Fi connections with support for the Wi-Fi 6E standard, and Wi-Fi+Cellular models are now compatible with many more 5G networks around the world. Through the USB-C port – again – it is possible to connect with devices that support the Thunderbolt 3, USB 4 standards, add a 10 gigabit Ethernet connection and connect external displays with a resolution up to 6K. Finally, the audio is also very good thanks to a system with four speakers and five microphones.

The news of iPadOS16 and Apple accessories

There is no iPad without iPadOS, the operating system similar to that of the iPhone but adapted to the large screen of the tablet. Among the innovations introduced this year with version 16 there is Stage Manager which offers a new multitasking experience by automatically organizing apps and windows; in addition there are the possibility of collaborating in a simple and intuitive way with other people via the Messages app, a Mail app that is enriched with new functions, a new Weather app and several new Safari features such as groups of shared tabs or the new generation of passwords Passkeys.

As always, the ideal travel companions of the iPad Pro are the second generation Apple Pencil and the keyboard cover. In addition to being able to take notes, draw, sign documents, the pencil (it costs 149 euros more) is enriched with the new “hover” function, which detects the display when it is 12 mm from the tip, allowing you to see a preview of the stroke before yet to be tracked. We also tried the Magic Keyboard: it protects the tablet, allows you to write in a very comfortable way, is backlit and also has a trackpad for moving the mouse pointer (the prices are not low, they range from 369 to 429 euros, to add at the cost of the iPad).

Our impressions, availability and prices

The new iPad Pro really convinced us in terms of performance, computing power and also reliability thanks to a very long-lasting battery, which allowed us to work intensely even for two days. It’s a pity that recharging isn’t fast: in our test, it took us 3 hours and 20 minutes to go from 0 to 100% with the 20W adapter included in the package (32% is reached in one hour, 64% in two hours). %).

The new iPad models are designed to minimize the impact on the environment, they explain, and for the first time the circuit board plating has 100 percent recycled gold, as well as recycled aluminum, tin and rare earths. A sore point are the prices that are not low, although we must always keep in mind that we are talking about a tablet for Pro users that is more powerful than most laptops (and tablets) in circulation. Two display versions (11 and 12.9 inches), models with Wi-Fi or Wi-Fi + Cellular connectivity, capacities of 128, 256 and 512 gigabytes and 1 and 2 terabytes, starting at 1,069 euros and reaching with the most expensive model, even at over three thousand euros.