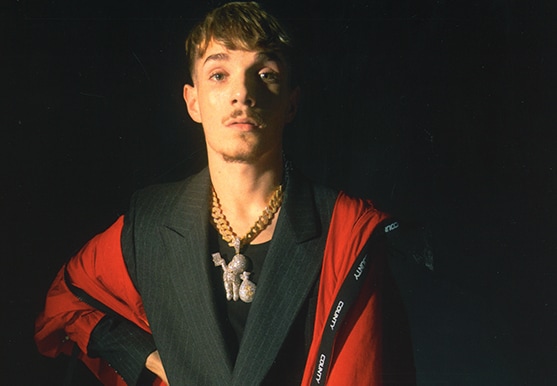 The young prodigy of the Neapolitan scene, after the success of the double album Naples 51 which has consecrated him among the most promising new names on the national scene, returns with RUN. A track that confirms his great talent, like rapper and producer, thanks to international productions ranging between the multiple references of Siciliano et al pressing flow – strictly in Neapolitan. In the imagination, the new song evokes a journey into space in which Nicola is ready to explore futuristic and innovative sound worlds.

Born in 2002, originally from Secondigliano (Naples), Nicola is driving the whole urban scene crazy with his unique style: a combination of elements that draw from the rich Neapolitan musical tradition and an attitude that touches the sphere of trap, rap and ‘hip hop. A mix of personality, awareness, revenge and determination combined with a simple and incisive language, but surprising for his young age. His work, alongside Rocco Hunt in the song “Ngopp a Lun”, has been around the web in just a few hours, reaching over 16 million views on YouTube and over 21 million streams on Spotify and Gold certification. The rapper has singles to his credit that are obtaining, day after day, important results such as: Range Bianco (Prod. Nasti), T Preg, Mon Amour and “P Secondigliano ”, a turning point song created in collaboration with Geolier, whose video has surpassed 26 million views on YouTube. In 2019 he publishes “Familia” and “Mambo” (7 million on Spotify 8.5 million on YouTube) and in March 2020 “Trip” feat. Nayt which currently has over 4 million streams on Spotify and views on YouTube. In June “MVMA” is released, a single that reaches 1.5 million streams in less than two months, followed by “Sole”. the latest single released that anticipated the release of the new album. From the beginning, Nicola’s versatility emerges, a talent that led him to personally take care of various aspects of his songs: from writing the bars to the first self-produced videos, up to the instrumentals he also made in the single in collaboration with Nayt “Trip” also in the role of beat maker obtaining esteem and appreciation from the public and the sector press. In August 2020 Nicola publishes “Napoli 51: Primo Contatto” the first part of his debut album for Sony Music which is completed with the addition of 12 unreleased tracks contained in “Napoli 51” released in October.