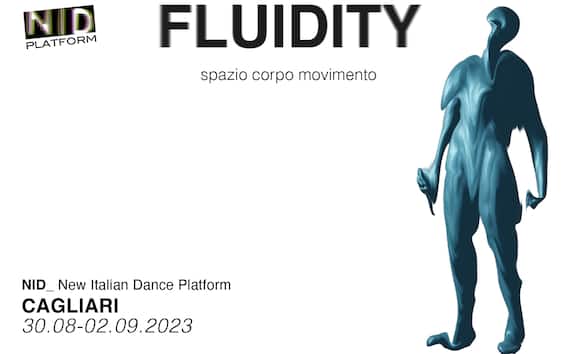 From 14 November to 30 March 2023 is open there public call for the seventh edition of NID Platform The new platform of Italian dance, which takes the title Fluidity body space movement and takes place at Cagliari from 30 August to 2 September 2023. “Nature, fluidity, unique ways of occupying the space around us, concentration during the performance, flow of contacts, emotions. The performer loses its original shape to transform into something elusive and unique”.

Applications to participate must be sent via online forms on the website www.nidplatform.it, where the relative notice can also be consulted.

NID Platform is a project born from the sharing of intentions between the dance distribution bodies adhering to ADEP (Dance Exercise and Promotion Association) FEDERVIVO-AGIS and set up in RTO (Temporary Grouping of Operators), the General Directorate of Entertainment of the MiC, the reference Regions with the aim of promoting and supporting the best Italian dance production and brings together Italian companies and Italian and international sector operators, creating a dialogue between production and distribution and giving visibility to the artistic quality of the Italian scene, in the respect for the plurality of languages ​​and poetics that it expresses. NID Platform, as a first step, select through a call publishes the most representative shows – both among the already consolidated realities and among the emerging choreographers / choreographers of the Italian scene – to then insert them within a program of shows lasting four days, with moments of comparison and collateral activities . In this way, NID Platform is configured as an experience in which professional collaborations between national and international production and distribution can mature, an operational format capable of expanding and renewing the current Italian dance market and spreading knowledge of the most relevant Italian choreographic production among foreign operators.

The 2023 Call includes two sections: Programming and Open Studios. Applications to participate in the Programming section are selected by a specially appointed Artistic Commission, made up of four Italian jurors and three international jurors.

Applications to participate in the Open Studios section are analyzed by the Italian part of the Artistic Commission, completed by two other Italian jurors.

The artistic commissions therefore identify, on the basis of the design and construction characteristics referred to the criteria of quality and professionalism, a number of productions to compose the program of four days one of which is dedicated exclusively to the Open Studios section and the other three to the Programming section.

The first concerns the Open Studios section which allows a guest production to be presented to the public, with its debut already made, selected by the competent Commission among the projects presented in the 2021 edition.

The second novelty relates to the Programming section which opens up participation in non-format shows and/or projects, i.e. shows designed for non-theatrical spaces, with unconventional duration or execution, which envisage the active involvement of the public, interaction with technological devices and /or sensorial, installations.