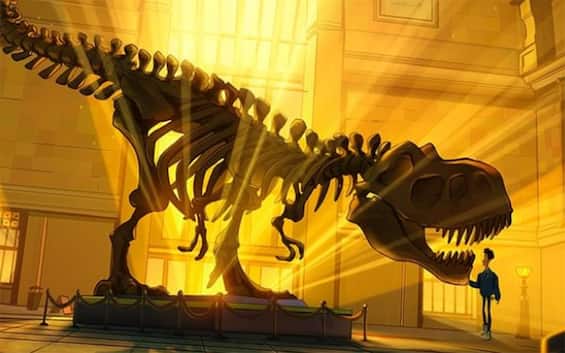 The trailer of A Night at the Museum – Kahmunrah’s Revenge has arrived online and shows the first images of the new animation adventure which continues the famous family saga of A night at the museum. From 9 December this film will be available on Disney+ (also visible on Sky Q and via the app on the Now Smart Stick) returning to experience the magical and surreal nights of New York Museum of Natural History where, after sunset, the attractions come to life and all sorts of things happen.

The plot of A Night at the Museum – Kahmunrah’s Revenge

The keeper Nick Daley is the son of the original Larry played in the film saga by Ben Stiller. Nick is an awkward high school student trying to follow in his father’s footsteps. He knows well how the ancient museum tablet works and feels at home with some old friends like Octavius, Jedediah and Sacagawea, but an unexpected event is around the corner: Kahmunrah escapes from her sarcophagus with the idea of ​​​​throwing open the gates of the underworld to the Army of the Dead together with Seth, the God of Chaos. Who will have to fix the situation? Obviously Nick.

The trailer of A Night at the Museum – Kahmunrah’s Revenge

Directed by Matt Danner, A Night at the Museum – Kahmunrah’s Revenge is produced by Shawn Levi, director of the three films at the cinema of the saga. The trailer feels familiar to those who are fans of the franchise, with one good dose of irony, fun and characters who remember their flesh-and-blood alter egos with a hint of nostalgia. There is no shortage of action scenes, scenographic and unexpected dangers that give rhythm to the story and surprise the audience.