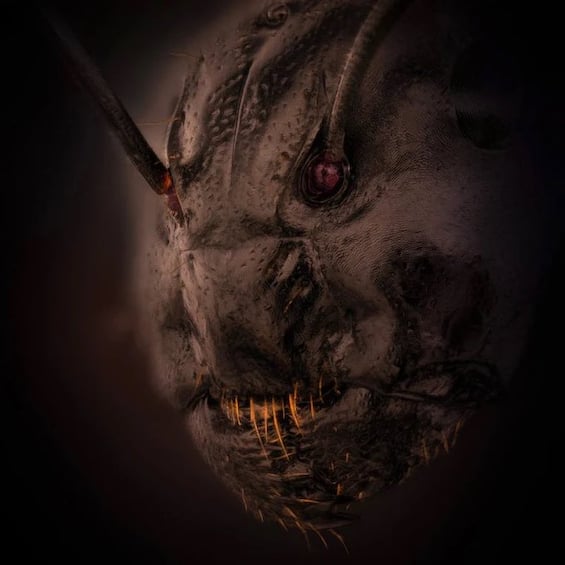 In the famous fable of Aesop, most people prefer to the cicada, the industrious little ant. But after this photo many might think again, because it certainly does not look like a small harmless insect, but it has a rather disturbing aspect. This is a shot by the naturalist photographer Eugenijus Kavaliauskas, who participated in the Nikon Small World, a competition that for over 50 years has rewarded those who photograph the invisible, that is, they use a microscope or extreme macro lenses that allow you to see what, by eye naked, it does not appear. The photo shows an ant belonging to the genus Camponotus: which includes two species, Ligniperda and Herculeanus better known as “carpenter ant” and “hercules ant”.

The photo, which did not win in the contest, but was among the images that stood out, went viral on the web. While the ant’s appearance is fairly consistent, Kavaliauskas has added details to make his work more impactful. Particularly those red dots that appear to resemble hellish eyes are “simply” the basis of the ant’s antennae. The eyes, in fact, are located further back, surrounded by the vignetting of the image. The rest is all real: Kavaliauskas used a 5x lens to make the shot.