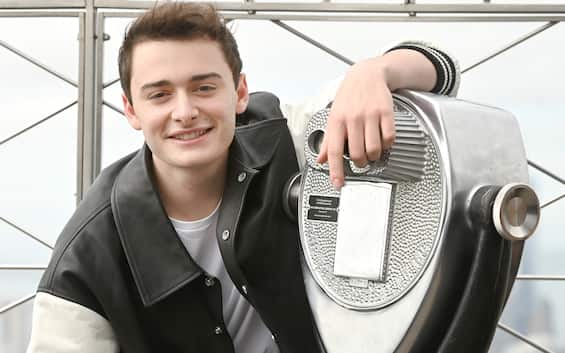 The coming out of Noah Schnapp, actor of Stranger Things, has not gone unnoticed by Netflix, which on its Twitter profile has decided to modify its bio to support its young star. In fact, a rather clear sentence can now be read on the account: “Love you, Noah Schnapp”.

The video posted on TikTok

Noah Schnapp, who plays Will Byers in the Netflix record series, a character who in the last season begins to show feelings that go beyond friendship for Mike Wheeler (played in the series by Finn Wolfhard), has decided to declare the his homosexuality on Thursday 5 January with a video posted on TikTok, playing on the similarity with his own character.

AND NOW IT COULD BE WILL’S TURN

After the coming out of Noah Schnapp, who in his private life has developed a very intense bond and a deep friendship with the protagonist of the series Millie Bobby Brown, many fans are expecting Will too to take the plunge in the fifth season, revealing his feelings to the friend. An impossible love, because Mike is in love with Eleven instead. But like Noah in real life, we’re sure Will too will receive the affection of his group of friends. Meanwhile, in the fourth season, he already had the support of his brother Jonathan (Charlie Heaton) who understood the truth without needing his brother to tell him about it and he was offered to listen to him.