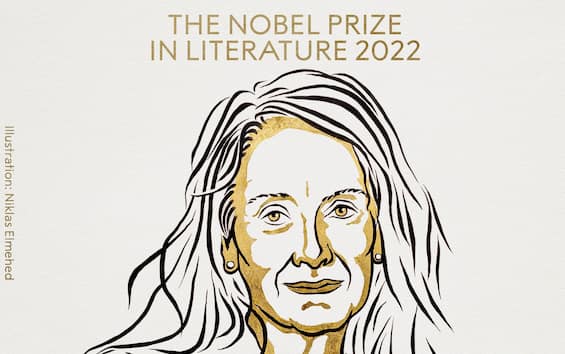 The Nobel Prize for Literature 2022 was awarded by the Swedish Academy to the French writer Annie Ernaux, 82, “for the courage and clinical acuity with which she reveals the roots, distances and collective constraints of personal memory”. The victory represents a “great honor” and a “responsibility”, as reported by the writer after the award ceremony, interviewed by Swedish TV.

“The social mythology of romantic love”

In the work “The Occupation” (2002) Ernaux analyzed “the social mythology of romantic love. On the basis of notes in a diary that records his abandonment by a lover, he confesses and attacks a constructed image of himself. on stereotypes. Writing becomes a sharp weapon to dissect the truth “, underlined the committee that awards the prestigious award.

Who is Annie Ernaux

Writer Annie Ernaux was born in Lillebonne (Seine Maritime) on September 1, 1940 and is one of the most influential voices on the French cultural scene. Studied and published all over the world, her work has risen to the headlines thanks to the publisher Gallimard, who has collected her main writings in a single volume in the prestigious “Quarto” series. Considered a contemporary classic, she is loved by generations of readers and students. In Italy “L’Orma Editore” has published the novels “Il posto”, “Gli anni”, which won the European Witch Prize 2016, “The other daughter”, “Memoria di ragazza”, “Una donna,” awarded of the 2019 Gregor von Rezzori Award, “Shame”, “The event” and “The frozen woman”. In 2017 the French writer received the Marguerite Yourcenar Award for her career, while in 2018 the Hemingway Award for literature. Again, in 2022 the Mondello International Literary Prize – foreign author section.

From graduation to his first opera in 1974

Daughter of the French province, Ernaux obtained a degree from the University of Rouen and a teaching qualification starting her career as a teacher of modern literature in a high school, an event that allowed her to pass socially to the “bourgeois” universe. Experience that she will clearly affect her writing and her social and political commitment. In the 70s she was active in the feminist movement. In 1974 he published his first novel, “Les Armoires vides” (Gallimard), translated into Italian with the title “The empty wardrobes” and published by Rizzoli in 1996. Ten years later, in 1984, with the fourth novel, he won the prestigious Prix Renaudot with “La place” (Gallimard), in Italian “Il posto”, published by “L’Orsa” in 2014. Through his works, Ernaux has recounted personal experiences and events that occurred in his life, such as ” The event “, which inspired the homonymous film directed by Audrey Diwan and Leone d’Oro at the Venice Film Festival in 2021.

The record for France

With Annie Ernaux, France thus obtained its 16th Nobel Prize for Literature. The previous prize awarded to a French author was that of 2014 won by Patrick Modiano. Even earlier in 2008 it was awarded to Jean-Marie Gustave Le Clézio. In total, France is the country that has obtained the most literary Nobel Prizes in the 121-year history of the award.