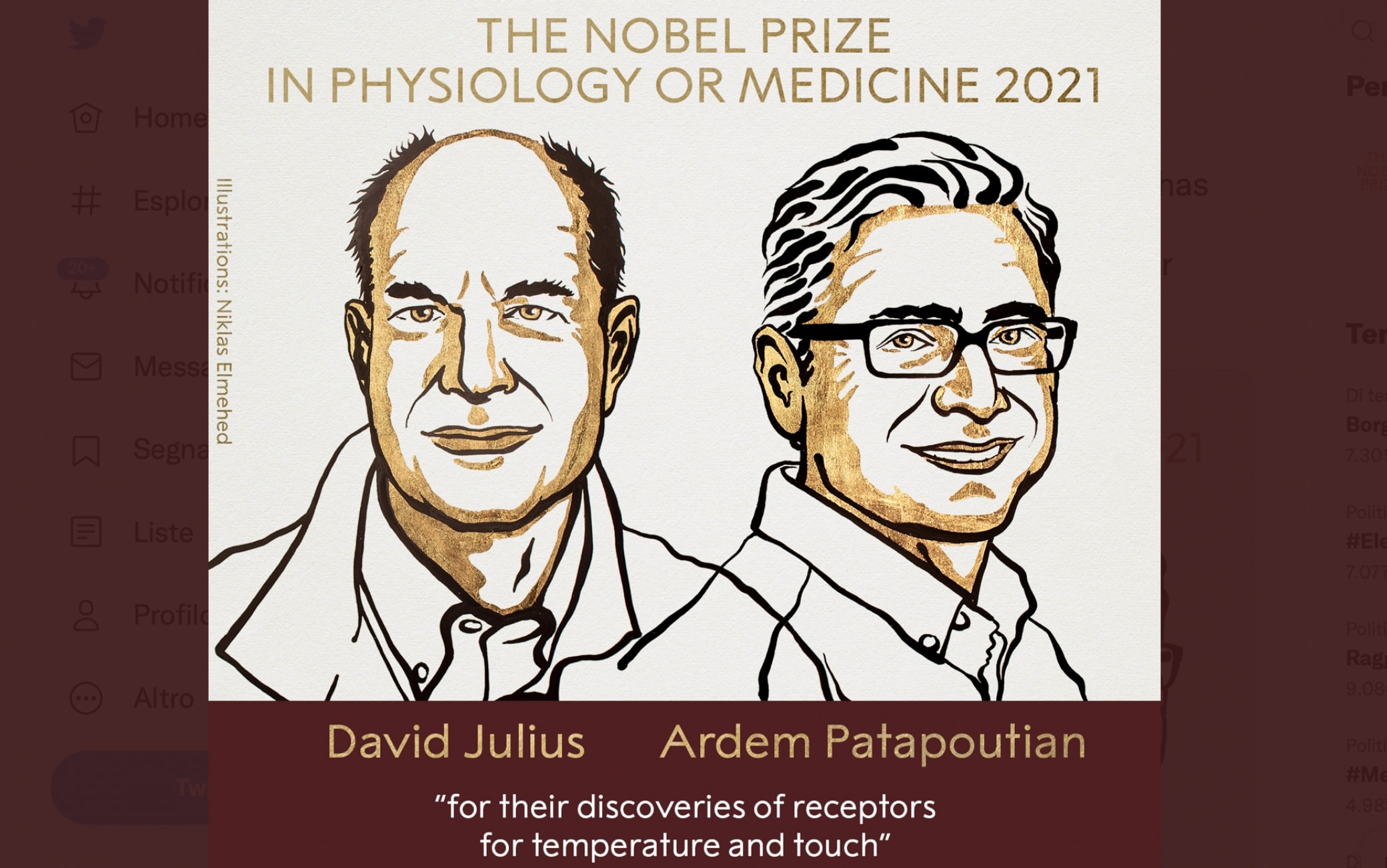 The 2021 Nobel Prize in Physiology and Medicine was awarded to David Julius and Ardem Patapoutian (WHO I AM). On Monday 4 October in Stockholm the announcement was made that opened the week dedicated to the Nobel Prizes. The two scientists were awarded for the discovery of the receptors at the base of touch and the mechanisms that regulate the perception of cold and heat. The prize awarded by the Nobel Assembly to the Karolinska Institutet of Stockholm in Sweden, is also worth a check for the winners of 10 million Swedish crowns, at today’s exchange rate almost 986 thousand euros. Last year the recognition went to the trio Alter, Houghton and Rice for their work in the discovery of the hepatitis C virus. Also in 2021, due to a pandemic, for the second consecutive year there will not be the classic ceremony for the delivery of the Nobel laureates, expected in December. The winners will receive the medals at home.

Who are the winners

David Julius, 66, American, was born in 1955 in New York and teaches at Columbia University, also in New York. Ardem Patapoutian, 54, was born in 1967 in Beirut, Lebanon, and studied and works in the United States. After studying at the California Institute of Technology (CalTech) and then at the University of California in San Francisco, since 2000 he has worked at the Californian Scripps Institute in La Jolla.

For which studies the winners were chosen

David Julius and Ardem Patapoutian won the Nobel Prize for their studies on how touch and the ability to perceive temperature changes. David Julius used capsicin, the irritant found in chillies, to identify receptors on the skin’s nerve endings that are activated by heat. Ardem Patapoutian studied pressure-sensitive cells that play a key role in stimulating receptors that respond to mechanical stimuli, on the skin and in internal organs.