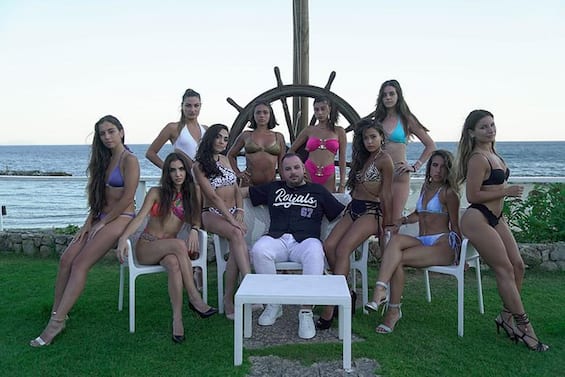 Rampampam is an intense urban-reggaeton song that bears the signatures of Damiano Zannetti, Filippo Scandroglio and Remo Elia, produced by La Mia Song, with mix and master by Andrea Alunno. Even if it doesn’t seem like it is a very introspective song that I tried to make light, funny and even ironic, keeping a modern mood. With Rampampam, together with the authors, I wanted to parody, between the lines, of the extreme use that is made of reggaeton and its clichés to make summer hits radio: endless dances, women in costumes on the beaches with lots of music and smiles profusely.

The video clip, directed by Nilo Sciarrone, was shot at Lido Tortuga in Formia on a sunny day with an amazing sea and beautiful girls who gave away dances and smiles to the notes of the song. I really hope everyone likes it, if not many. This video for me represents starting over with music and it is only the beginning, I am already working on other songs that will be released in the coming months.

To help you better understand who I am, here I am: my name is Costantino Iavarone and I have chosen as my stage name Nobody, I was born to a family originally from Casapesenna, a town between Caserta and Naples. As a child I received a piano from my father because he and my mother understood my passion for music. Me I got help with solfeggio lessons and I was self-taught

put a lot of effort and first I learned to play the piano but later I also wanted to practice the guitar. I started playing and composing music and lyrics of songs that allowed me to make myself known in my area. I sang at patronal feasts at weddings of friends and friends of friends. But music for me is life. In 2006 I met some producers and started the preparation path by entering the recording studio to learn what for me is passion but what dream becomes my profession. In 2019 with the video of my cover of the single by J-Ax (Timberland Pro) I exceed eighty thousand views. Time stops for the well-known reasons linked to the pandemic and in the meantime I meet Remo Elia and with him I know the guitarist Guido Piccolo. This is how it comes Rampampam is the single that I hope will allow me to make mine known music, my voice, my passion outside the borders of my land.