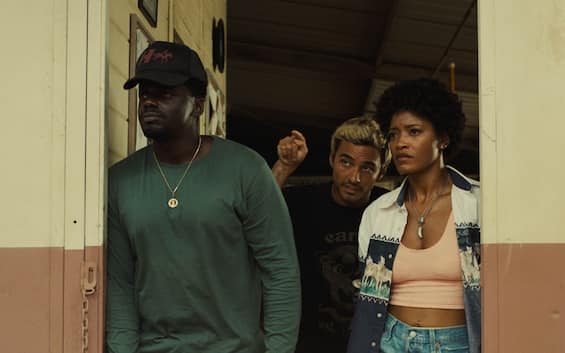 After the boom with Run – Get Outhis debut film, capable of winning – among many awards – the Oscar for best original screenplay, and confirms it with Weon the disturbing figure of the doppelganger, Jordan Peele returns to the cinema with Nopeout in Italian cinemas on Thursday 11 August.

(READ THE REVIEW OF THE FILM)

Here’s what to know about the film.

Described as a “pop nightmare”, the film mixes western, science fiction and obviously horror, of which the American director, in his third behind-the-camera test, is considered one of the contemporary masters.

Shot, unlike the previous ones, on Kodak film, also using the 65mm format in IMAX, the feature film is set on a ranch just outside Los Angeles, in an isolated southern California town. The protagonists are two brothers – forced to take over the reins of the family business after the sudden death of their father – who, over time, become witnesses to a series of paranormal and mysterious events.

Playing the two brothers are British actor Daniel Kaluuya, who has already been directed by Peele in Escape – Get Out, and the American Keke Palmer. Singer, actress, voice actress and TV presenter, the 28-year-old became famous at just 13 thanks to the film A word for a dreamin which she played the role of an 11-year-old selected to participate in the national spelling competitions.

Beyond the plot, Nope wonders about man’s incessant need for attention, as revealed by the film maker himself a Empire Magazine. “I started with the intention of making a film that would immerse the audience in the experience of being in front of a UFO,” said Peele. “As I wrote the script, however, I began to delve into the nature of the show, our addiction to the show, the insidious nature of attention,” explained the director, emphasizing that the film is also a story about a brother and sister, as well as on a relationship to be saved.

The ban on minors

For the topics covered, as well as for “violence and bloody images”, in the United States the viewing of the film has been forbidden to minors.