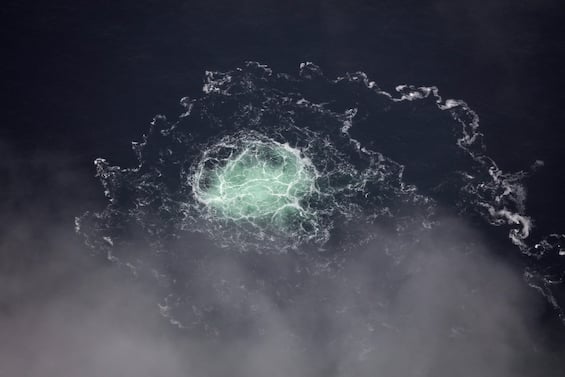 The leak from the Nord Stream 2 pipeline did not stop, indeed it grew in size. To say it is the Swedish Coast Guard. After a flight over the spill points in the morning, he made it known that the leak from Nord Stream 1 was no longer visible and therefore could be said to have stopped. However, as CNN reports, the Coast Guard added that “the smaller one from Nord Stream 2 is slightly larger than yesterday” and measures about 30 meters in diameter. The Coast Guard announcement came after Gazprom said that all the losses had been stopped.In the meantime, the draft of the EU summit is being discussed in Prague: the first version speaks of a “gas price cap”.

According to Gazprom, the losses have stopped

Returning to Nord Stream, before Sweden’s announcement, Russian gas giant Gazprom said that gas leaks from the Nord Stream and Nord Stream 2 pipelines, which were damaged last week, have stopped. “The pressure in line A of the Nord Stream 2 pipeline and in both lines of the Nord Stream 1 pipeline stabilized after the breaks, the gas leaks stopped,” the company said according to TASS. This version is now questioned by Sweden, after the overflight of the areas. Dmitri Peskov, spokesman for the Kremlin, also spoke about the pipeline. “It is not clear who to collaborate with to restore the flow of Nord Stream” because the West “is hysterical” about the matter, he said. “Nord Stream’s pipelines need to be restored, this can be done, but there is no specific timeline for now,” he added.

Meanwhile, regarding the energy crisis, a provisional draft of the declaration of the informal summit of EU leaders in Prague is circulating. The European Council, it says, invites the Commission to “propose viable solutions to reduce prices through a price cap on gas”. The text also calls for “accelerating negotiations for mutually beneficial partnerships on security of supply and price cuts”. The declaration, from now to Friday, may be subject to changes and it is not excluded that at the end of the summit there will not even be a “statement” if it is believed that, on the issues of the energy dossier, there are no steps forward compared to the June summit.

“Discuss the next steps needed to achieve an Energy Union”

In the text of the draft, the European executive is also invited to “develop a more representative benchmark for LNG that more accurately reflects market conditions” and to “speed up work to ensure the proper functioning of financial markets and limit the ‘excessive price volatility “. “In addition to addressing the short-term challenges, we must discuss at our next meeting in October the next steps necessary to achieve a comprehensive Energy Union in the service of our goal of European energy sovereignty and climate neutrality”, the draft reads. of the declaration. “Coping with high prices for households and businesses, supporting growth and employment, preserving the integrity of the single market and protecting the most vulnerable remains our main concern”.