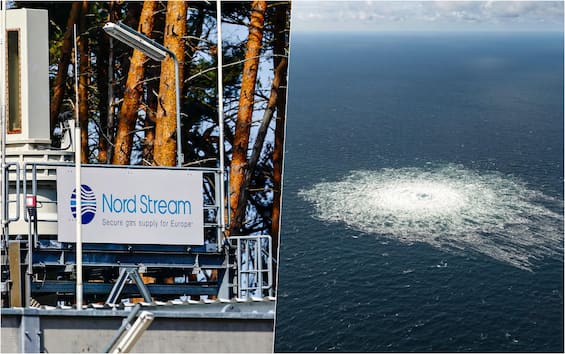 A total of four gas leaks were discovered after the explosions of the Nord Stream 1 and 2 pipeline lines. The Swedish Coast Guard states that two of these four are located in the Swedish economic zone. At the same time, seismologist Björn Lund does not rule out that a third detonation may have occurred. The Swedish coast guard was unable to explain why the reporting of this new loss was delayed. Sweden has so far reported a leak on Nord Stream 1 north-east of Bornholm Island. Denmark has confirmed the presence of one leak on Nord Stream 2 in the southeast of the island and another in the northeast on Nord Stream 1. The large leaks are causing substantial sea bubbles hundreds of meters above the surface, making for the moment it is impossible to inspect the structures. (UKRAINIAN WAR – THE LIVEBLOG)

“Intensified attention” on the Swedish nuclear power plants Ringhals and Forsmark following the leaks in the Russian Nord Stream gas pipeline as the picture of the threat against Sweden has widened and deepened and is both military and civil “, according to the security forces quoted by the media “This means increased vigilance and reporting of any deviations,” said Karin Swanson, Ringhals’ chief press officer, without explaining what kind of protection was in place or what measures were taken.

“The damage to the Nordstream 1 and Nordstream 2 pipelines in the international waters of the Baltic Sea is of deep concern: all the information currently available indicates that it is the result of deliberate, reckless and irresponsible sabotage.” This was stated in a note from the Atlantic Council, also signed by Sweden and Finland, incoming allies.

The accidents at the Nord Stream gas pipelines seem “a terrorist act, probably by a foreign country”. This was stated by the spokesman of the Kremlin Dmitry Peskov, quoted by Interfax. Peskov also commented on the press reports that spoke of the presence of Russian troops in the incident area: “This is distorted news, much more NATO troops have been seen in the area”.