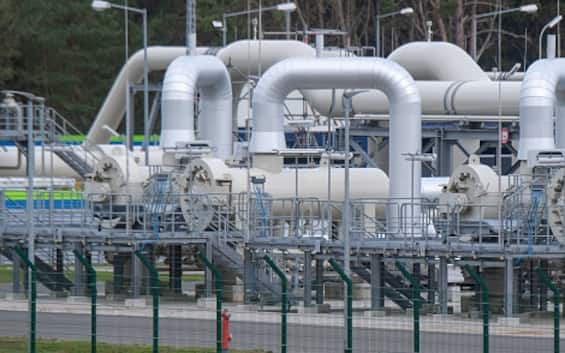 The gas leak in the Baltic Sea continues. After the pressure drop recorded yesterday along the inactive Russian Nord Stream 2 gas pipeline, in the south-eastern area of ​​the Danish island of Bornholm, today gas leaks are also reported in the Nord Stream 1 pipelines, also at sea, in the North-East. of Bornholm Island. The alarm was raised by Denmark, which said “the accidents on the two gas pipelines have no impact on the supply to Denmark”. The Nord Stream 2 pipeline stretches 1230 kilometers from Russia to Germany across the Baltic Sea. The gas was never imported because Berlin blocked its use in response to the Russian invasion of Ukraine. The Kremlin defines the decrease in pressure on the lines of the Nord Stream gas pipeline “an unprecedented situation that requires urgent investigation”. This was stated by the spokesman of the Kremlin Dmitri Peskov, according to reports from TASS.

The cause of the failures is not yet known

There would be two leaks in the Nord Stream 1 gas pipeline, also not operational but containing gas like Nord Stream 2. This was stated by the Danish Minister for Energy, Dan Jorgensen. “It is too early to say anything about the causes of the accidents” he added, underlining that the level of supervision of the electricity and gas sector in the Nordic country will be increased. There must be a hole somewhere but no one knows where. One of the Nord Stream 1 leaks occurred in Denmark’s exclusive economic zone, the other in Sweden according to the two countries. “It could be that some gas has leaked into the sea,” said Ulrich Lissek, spokesman for the pipeline operator, Nord Stream 2 Ag. If this happened on land it would be more easily noticed. Being at sea, it is more difficult to individualize the loss.

Berlin, pressure drops due to attacks

“The reasons for these accidents are being investigated,” says Nord Stream Ag, the infrastructure manager. The Swiss-based company reports that the pipelines of the Nord Stream 1 and 2 gas pipelines have suffered “unprecedented” damage. in a single day. Therefore it is impossible to estimate when the functioning capacity of the two can be restored. For Germany this simultaneous interruption of the two pipelines is a “strange coincidence.” The German federal government believes it possible that the pipelines have been damaged by attacks The Tagesspiegel newspaper writes, citing its sources and adding that “there was a drop in pressure in the two gas pipelines within a short distance of each other”.

For now, there would be no environmental dangers

The accident can be dangerous due to the passage of boats nearby, reports the Deutsche Umwelthilfe, the German environmental association. There are currently no ecological risks. Investigations are ongoing. The responsible maritime authorities in Germany, Denmark, Sweden, Finland and Russia have been informed, said Ulrich Lissek, spokesman for the pipeline operator, Nord Stream 2 Ag.