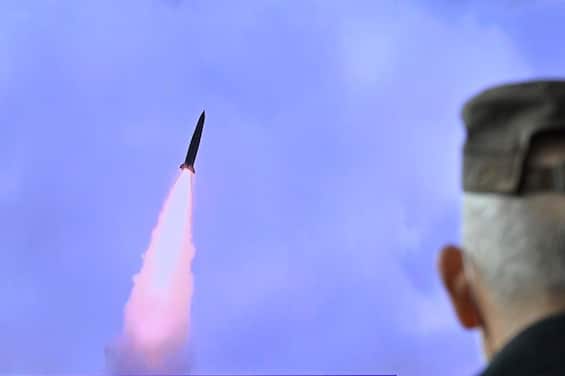 New tensions stir the Korean peninsula. North Korea reportedly fired artillery shells in a buffer zone on the border with South Korea, designed to reduce tensions between the two countries. This was reported by the Joint Staff Command of Seoul, which accuses Pyongyang of having violated the agreement for the military detente of 2018. The reply of the regime of Kim Jong-un: “Clear provocations”.

Around 10.00 pm on Tuesday (5.00 pm in Italy) the state led by Kim would have fired one hundred artillery rounds in the Yellow Sea and then exploded another 150 an hour later near the sea of ​​Japan and then again a hundred in the morning. The bullets, Yonhap reported, fell in the eastern and western buffer zones north of the Northern Limit Line, established under a 2018 agreement to reduce military tensions.

“The action is a clear violation of the 2018 agreement and we strongly urge North Korea to stop immediately as the continued provocations are acts that undermine the peace and stability of the peninsula and the international community.” So reads the note released by the Seoul military. Words that sound similar to those with which their northern counterparts justify the initiative. “Ours is a serious warning against South Korea’s nefarious provocations,” said a spokesman for the Pyongyang army, pointing the finger at military exercises launched by rivals in Hoguk to refine missile defense capabilities.

Pyongyang’s latest intemperance matured four days after resorting to hundreds of artillery shells that ended up in the military buffer zones. In addition, the North has also organized eight rounds of ballistic missile launches since the end of August, while fears still hang over the hermit country’s seventh nuclear test, which Seoul intelligence expects to happen between the end of the 20th National Congress. of the Chinese Communist Party (22 October) and the mid-term elections of early November in the US. If done, it would be the first since 2017.