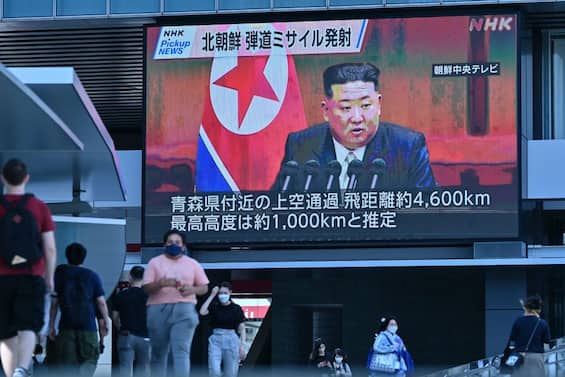 A threatening and prolonged sound woke up the people of Tokyo today. The Japanese government issued a state of alert in response to the launch of an intermediate-range ballistic missile by North Korea. The rocket flew over Japan and then sank into the Pacific. Sirens have sounded in different parts of the country, particularly in the prefectures of Hokkaido and Aomori to invite the population to find shelter in underground shelters.

The news of the launch

“It appears that North Korea has launched a missile. Please evacuate to buildings or underground “, with this communication the Japanese government issued the alarm at 7:29 local time, when it was late at night in Italy. In the northern regions of the country, the alert was highest and the acoustic signal raised fears of the worst. The missile, which spread panic among the population, then fell into the sea, outside the exclusive economic zone of Japan.

North Korea has been performing for days ballistic missile tests. Four of them were launched last week alone, but none had crossed such a significant distance. The one this morning stood out for the length of the trajectory. It is a jet weapon that is capable of covering 4,500 km. To find precedents, we must go back to 2017, when the same episode occurred with the launch of a missile in the direction of Japan. The fact of the day testifies to an intense resumption of tests, 23 in the last year. South Korea and the US are studying the operation in detail: among the information disseminated we read that the missile touched a apogee of about 970 km at a maximum speed of Mach 17. The South Korean Joint Chiefs of Staff took over the launch departure area in the northern province of Jagang and condemned the operation, defined as a “significant act of provocation”. He also assured that “the deterrence and response capabilities of the South Korea-US alliance” will be strengthened.