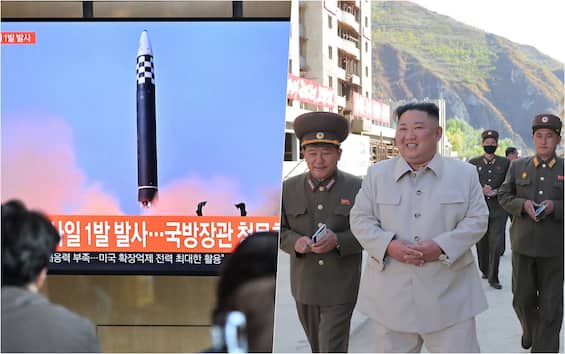 South Korean authorities denounced North Korea’s launch this morning of two cruise missiles in the Yellow Sea, between the Chinese coast and the Korean peninsula, on the 100th day of South Korean President Yoon Suk-yeol’s inauguration. For Pyongyang, this is the fourth launch since the Yoon government took office, the first of a ballistic missile in two months, from June 5, according to the South Korean news agency Yonhap.

North Korea has not tested a cruise missile – which is not prohibited by UN sanctions against the country – since January, South Korea’s Yonhap news agency reported. The last time Pyongyang conducted a weapons test was on July 10, when it used multiple rocket launchers. Since January, Pyongyang has tested several weapons, some of which are not allowed by the sanctions in place, most notably the launch of an ICBM for the first time since 2017. Officials in Washington and Seoul have also warned that the Pyongyang regime is preparing to carry out what would be its seventh nuclear test.

The launch follows by two days the South Korean president’s proposal for an aid program to North Korea in exchange for the country’s denuclearization, announced in his National Liberation Day speech. Seoul has proposed a large-scale food program, and assistance in upgrading infrastructure in the energy sector as well as for ports and airports. Yoon has also offered aid to the agricultural, health and financial sectors.