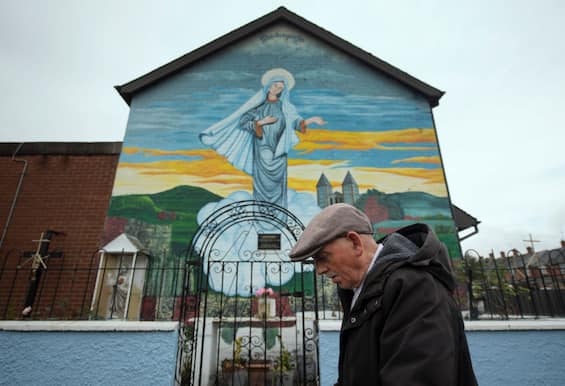 The one photographed by the 2021 census released yesterday by the National Statistics and Research Agency is an unprecedented Northern Ireland: for the first time the number of Catholics exceeds that of Protestants.

The majority of the people questioned said they were Catholic, or rather that they had been raised as such. This is 45.7% of the population versus 43.5% who said they grew up in a Protestant family.

In the 100-year history of the country, born in 1921, it had never happened that the number of Catholics exceeded the total of Protestants. Overtaking, however, is not entirely unexpected. In the last census, carried out ten years ago, the Northern Irish raised in the Protestant doctrine were 48.4%. Those of Catholic extraction were already in pursuit, down by only 3 percentage points. To play an important role, in what has already been renamed “demographic tilt” (read demographic reversal), were the birth rates that play in favor of Catholics. The report does not only talk about religion, but also about identity: the number of people who confess to feeling “British” has dropped from 40 to 32% but still remains predominant, while the number of “Irish”, or Northern Irishmen, is growing that describe themselves like this.

In a country that until 1998, the year of the Good Friday Agreement, was torn apart by a bloody conflict, which pitted nationalists and republicans, in favor of unification with Dublin, against unionists and loyalists, loyal to London, the figures of the census are loaded with meanings that go far beyond cold numbers. In fact, many observers believe that this trend reversal has not only a statistical value. The “majority of the Protestant population” has always been a strong argument of the “unionists”. Even if in the Six Counties the vote is no longer confessional, ie it does not automatically reflect religious and identity affiliation, relapses are not excluded: the new balances would represent a potential threat to the integrity of the United Kingdom.

Just take a look at the situation in Belfast to realize the complexity of the issue. The news of the overtaking comes a few months after the elections that made the winner the Sinn Féin. The formation traditionally linked to the independence cause found itself for the first time with a majority of seats. Although in the course of the electoral campaign, the leader Michelle O’Neill has put economic issues at the forefront, putting aside ideal battles, nothing should be taken for granted. O’Neill commented on the results of the report speaking of “historical” change. “In this panorama, the debate is rekindled and the prospect of a referendum on unification with the Republic of Ireland takes shape.