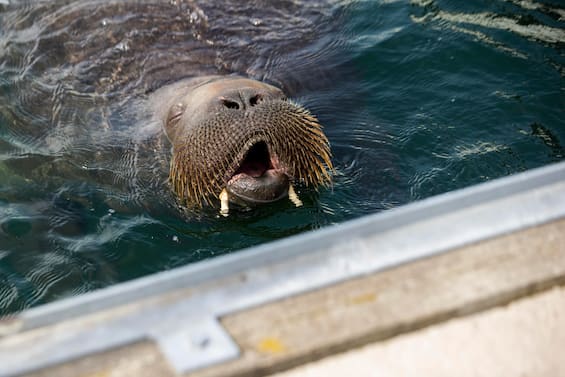 The Norwegian walrus Freya was killed: the large marine mammal weighing over 600 kilos had become a summer attraction in the Oslo Fjord, Norway, to the point, however, to represent a danger to the public and the authorities did not want to take any risks. The animal was euthanized. “The decision to euthanize the walrus was made on the basis of a comprehensive assessment of the continuing threat to human safety” due to the animal’s high “stress” level, the head of the Norwegian Directorate said in a statement. of fisheries, Frank Bakke-Jensen.

He got on the boats and swam with the people

Walruses, like seals and sea lions, normally inhabit more northern latitudes, but Freya, a female specimen, had moved to the Norwegian capital for some time and played with people, who often approached her in a dangerous way. , and he had got into the habit of climbing onto boats to lie in the sun, causing several to sink. The mammal had also become a swimming companion for many people and an attraction for many children, who, however, according to the authorities, took risks by touching it and standing around it, although deadly attacks by walruses are quite rare.

The precedent of 2016 in China

Walruses are a protected species and are normally not very dangerous in their environment. With some exceptions, such as the one in a Chinese nature park, where in 2016 a tourist taking a selfie with the animal was dragged underwater and killed by the animal, as was the keeper who dived in the water to try to save him.