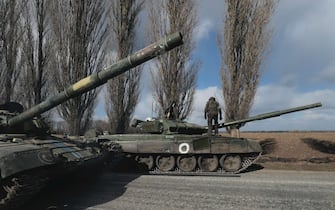 There war in Ukraine is raising the alert on the use of nuclear weapons. Russia, since the first weeks, has talked about the possibility of using its atomic arsenal, while on March 25, from Poland, US President Joe Biden stressed that an American “nuclear” response is possible “in extreme situations”

WATCH THE VIDEO: Atomic bomb, how it works and what are the risks

But how does a nuclear weapon work and what are the effects? Nuclear explosions – caused by weapons that exploit nuclear fission or fusion, depending on the type of bomb, atomic or thermonuclear – generate a heat wave lasting a few seconds that can even reach 20 million degrees, vaporizing almost everything near the epicenter. It can generate fatal burns even several km away from the site of the explosion, depending on the power generated

Along with the heat wave, there is a powerful one shock wave which extends over a large area, with a radius that can reach tens of kilometers from the epicenter, again depending on the power generated by the explosion. The unleashed pressure causes the greatest damage, such as the collapse of buildings and the destruction of vehicles

H bomb, what is it how it works

The “radioactive” effect, which is due to this specific type of weapon and which immediately involves the area directly affected by the most destructive effects, can affect a much larger area due to the “fallout”or the fallout of radioactive material and dust, phenomenon that, depending on the power of the bomb, is generated about a quarter of an hour after the explosion. Exposure to fallout causes radiation poisoning, which is potentially lethal in the short and long term to living things

For what concern range of action of a nuclear weapon, as we said earlier, it all depends on the type of device that is detonated. It can have direct and devastating effects within 30 km from the place where it explodes

For less powerful devices, by 2 km radius from the explosion there is virtually no chance of surviving while exceeded 30 km the danger of the effects of direct radiation (not considering the fallout) is almost nil

There atomic bomb of Hiroshima, equal to 15 kilotonsfor example, has a range of action up to 4.52km; the W76, a weapon of the USA and Great Britain, with its 100 kilotons, has effects even up to 10 km

However, it is there Russia to have developed, at the time of the USSR, the largest thermonuclear bomb never built: it is the Tsar Bombor Big Ivan, with a theoretical potential of 100 megatons and a range of action up to 91 km away from the epicenter of the explosion. During a nuclear test, an approximately 50 megaton version was detonated

To protect himself from the effects of one atomic or thermonuclear bombthe best way is to take refuge inside a nuclear bunker or several meters undergroundin subways or cellars, and don’t go out for at least 12 hours. In this way the direct effects of the fallout of radioactive material are avoided, but it is actually a precaution whose duration depends on several factors, including the power of the device, the amount of radioactive material raised and the external conditions following the explosion

Fundamental, after a hypothetical nuclear attack, is do not eat contaminated food or drink water. Some countries indicate in their emergency protocols the intake of iodine to counteract the effects of radioactivity on the thyroid. To survive in an anti-nuclear shelter, obviously considering a short residence time, you should have canned food and at least 4 liters of water per person.